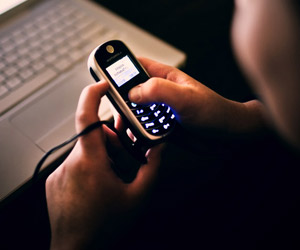 One-third of top firms assessed by Transparency International Hungary have no mechanisms in place to protect employees who disclose wrongdoing, deterring a culture of whistleblowing.

Since a new government came to power in 2010, Hungary has witnessed the emergence of new patterns and forms of corruption.

The symbiotic relationship between the government and powerful business groups has deepened. Many oversight institutions have become less independent. Government decision-making lacks transparency, as private interests have captured the legislative process. As a result, laws are tailor-made to favour the government and its political allies.

One antidote to this situation would be strong laws to promote whistleblowing and protect whistleblowers.

The Hungarian government has passed two whistleblower laws since 2010. Unfortunately, neither law has offered whistleblowers any real hope of being protected from firing, harassment or other types of retaliation.

The law from 2010 theoretically offered protection for government and company employees but set up no agency to accept or investigate whistleblowers’ disclosures. The new law, passed in October 2013, is no better.

With no whistleblower agency in place, employees who have suffered from retaliation must seek reinstatement and compensation through the courts, where a positive outcome is far from guaranteed.

Moreover, rather than encouraging people to report abuses, the law reinforces existing oversight systems that have failed to control and uncover graft – thus contributing to a flourishing culture of corruption.

The new law, passed weeks ago, is expected to motivate companies to introduce compliance programmes. This is considered a major step forward in light of the fact that one-third of leading businesses assessed recently by Transparency International Hungary have no mechanisms in place to protect employees who disclose wrongdoing.

Shockingly, however, it obliges corporate compliance officers to inform targets of whistleblower disclosures that they are the subject of a complaint. This clearly jeopardises the credibility of any subsequent investigation.

In real terms, there is little reason to believe that the new law would have helped employees who knew who about problems that led to the October 2010 “Red Sludge” disaster, Hungary’s worst environmental catastrophe.

In a country where an EU-low 70 per cent of people surveyed would not report a case of corruption or wrongdoing, a strong whistleblower law is needed to give people confidence that – if they do come forward – they will remain safe and their disclosure will be acted upon.