Defence: why it’s vital for countries to walk the anti-corruption talk

It is not just enough to talk about fighting corruption or even to sign an international convention outlawing it; it’s actions that count. But recent scandals in the defence sector show that, for some countries, the ride ahead is still very long and bumpy.

Take, for example, the recent developments in the AgustaWestland scandal, in which the Indian government is threatening to scrap the US$750 million deal for 12 helicopters from the Italian defence company.

The corruption allegations surrounding the deal are only the tip of the iceberg. India is the world’s biggest arms buyer and Italy is a member of the Organisation for Economic Cooperation and Development (OECD) and a signatory of its anti-bribery convention. But it is India which has been prompt in its probe and unveiled a string of high-ranked armed forces officials connected with alleged bribery in the Agusta deal.

Italy has been much more shy and less expedite in prosecuting those potentially involved, although that may now be changing as it has recently provided India with key documents on the case.

Why this gap? The findings of two Transparency International reports can shed a light on this. 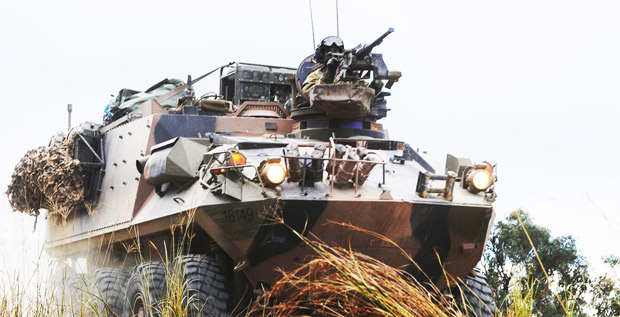 At the risk of sounding overtly geeky, the defence team was genuinely excited to see that the countries that enforce the OECD convention thoroughly are the same countries with outstanding marks in the GI, showing they have controls in place to keep corruption in their ministries of defence and armed forces at bay.

Countries such as Germany, Austria, and to a lesser extent the UK and the USA – which are seen to enforce the OECD convention – are also found to be at very low risk when it comes to corruption in defence.

Conversely, the four OECD countries found to have limited or very low enforcement of the OECD anti-bribery convention are the same countries that score moderately in our government index: Chile, CzechRepublic, France and, yes, Italy.

Out of these four, Italy hasn’t been the only one hitting the headlines for the wrong reasons though. In the CzechRepublic there have been conflicting reports on whether a bribery investigation over a deal between the truck maker Tatra and India is actually taking place. Whereas Czech authorities have officially said that there are “insufficient grounds for prosecution” when asked for help by India, which is probing the case, Indian media reports that Tatra has been under investigation in the Czech Republic since 2011 for this case.

It looks like states signing anti-corruption conventions still have lessons to learn. Ratifying these is not only a signature at the bottom of a page. The commitment to anti-corruption goes beyond what’s on paper and means ethical behaviour and actions are crucial.

It’s all about turning what’s on the statute books or convention papers into action on the ground. And the stakes are high: corruption is wasteful; even more in defence, where huge contracts are involved and secrecy is abused in the name of national security. If countries are going to talk the talk, then they also have to walk the walk.