Champion for women’s rights in Pakistan

In the first of the series, we talk to Maryam Mughal, Project Coordinator at our Anti-Corruption Legal Advice Centre in Pakistan. 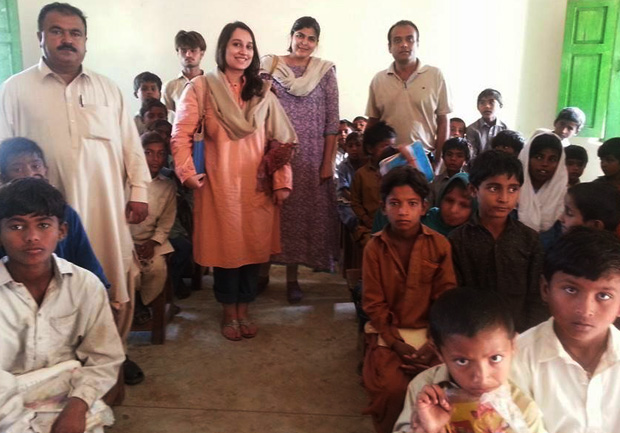 She recalls having received a call on the hotline when she first started out as Project Coordinator at our Anti-Corruption Legal Advice Centre in Pakistan. As the complaint was not completely corruption related, she contacted the nearest human rights organisation who took up the case. Later, the same complainant called again – this time, to thank her profusely. She realised the caller’s problem was due to the unfair distribution of wealth and rights – a result of corruption prevalent in the system.

That initial spark of motivation has kept her going since. Today, Maryam Mughal leads several initiatives at Transparency International Pakistan, including organising women’s assemblies as part of the Eye on Corruption project.

What first motivated you to get involved in the fight against corruption?

As a journalist, I came across many instances of corruption daily. In Pakistan, this is common and accepted as a way of life. However, through reading and writing articles, I came across Transparency International and its mission. I was blown away that such an organisation existed and had a chapter right here in my city, Karachi. Fortunately, at the time, they were looking to hire a project coordinator for the Anti-Corruption Legal Advice Centre. The rest, as they say, is history.

What areas do you now focus on in your work?

Our centre in Pakistan works on many areas, motivated by the complaints we receive and the general climate in the country. With evidence of increasing injustices being done to women, from acid attacks to horrendous assaults to depriving them of their basic rights, women need to be empowered. Thus, women’s rights, along with raising awareness and educating the people, are two of the most important areas that we strive to work on. We try to include as many women participants in our programmes as possible and all of our projects have an underlying theme of gender equality.

You have recently organised several women’s assemblies in Pakistan. Why did you decide to focus on women as agents of change?

Implementing women’s rights in Pakistan is not an easy task. It is common knowledge that if faced with a problem, corruption or otherwise, many women – especially in the rural areas – will not voice their grievance due to traditional, familial and sometimes even self-imposed constraints.

Also, women are often disproportionately affected by corruption. After the natural disasters that hit the country, we received many complaints regarding the payment of a monthly stipend by the government to women in flood-affected areas. In many cases, women were unable to reach the distribution point because they were being pushed out by men, depriving them of their share.

We started our Eye on Corruption assemblies to empower women. Women in these rural areas have never really been considered as adequate stakeholders in their own children’s futures. It is usually considered that these women are either too illiterate or have no social standing to have a proper say.

We wanted to focus on women because a whole community can only prosper if all its members come together and work against corruption. To empower these women by giving them respect, doing something as simple as having chairs for them to sit on, not only elevated their self-esteem but also elevated them in the eyes of the rest of the community. Training women to engage with a government employee, such as the teacher of the area, allowed them to exercise their right as a concerned citizen, making it irrelevant whether they were a man or a woman.

Yasmeen Lari is Pakistan’s first woman architect, who left an enterprising consultancy to passionately work for fighting corruption by tackling social issues such as poverty, illiteracy and women’s rights. Meeting her and then working with her has been an honour and privilege. Her spirit, dedication and sheer enthusiasm shown towards her work and the people she helps is very contagious. In a very short time, she has become my role model and regularly ignites my passion for my work – to help people realise they have certain rights that they should always fight for.