Corruption-busting in Zimbabwe: why being a woman helps 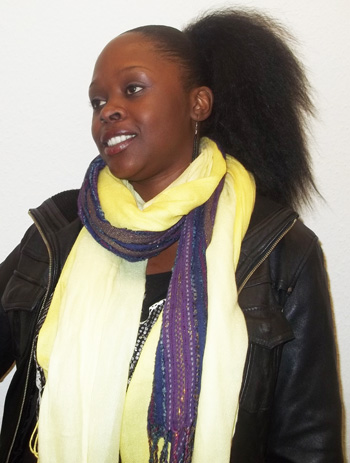 Nyaradzo Mutonhori says being a woman corruption fighter in Zimbabwe can be both an advantage and a hindrance.

In the third blog of this series, we talk to Nyaradzo Mutonhori, Coordinator at our Anti-Corruption Legal Advice Centre in Zimbabwe.

She’d been told that a certain powerful politician in Harare was extorting sexual favours from women applying for state-subsidised housing. The women had gone to the police many times but because this man wielded great influence in the community, their complaints were dismissed. When the women alerted our Anti-Corruption Legal Advice Centre, Nyaradzo Mutonhori stepped in, helping the women to draft detailed statements and accompanying them to the police station to open a proper case against the man. Soon after that the harassment stopped, the women’s applications were processed and they got their housing grants. From that moment, Nyaradzo knew that she could play a vital role in helping women fight corruption in her country.

How does being a woman impact your work fighting corruption?

Being a woman fighting corruption makes it easier to reach out to other women. I can easily relate to them and explain to them how corruption affects their day-to-day lives. It also makes it easier to get access to spaces which have politically sensitive leaders. In Zimbabwe, traditional leaders and political leaders can be hostile to civil society organisations. But when they are approached by a woman, they tend to ease up and become receptive because women are considered less dangerous and less likely to engage in politically sensitive discourse. Being a woman also negatively affects my work because there is a section of society which feels women do not have the spine to tackle high-profile cases and challenge systemic corruption. Some members of society would rather bring petty issues to a woman and prefer a male lawyer to tackle the “big” cases.

Does corruption affect women and men differently in Zimbabwe?

Women are directly affected by corruption because of their cultural and gendered roles. Because corruption depletes resources meant for proper service delivery, women in urban areas are constantly affected by an insufficient supply of clean water and electricity outages. Having to gather water from unclean sources can spread diseases like cholera and typhoid. Women are usually the ones who take care of the sick, so they are directly affected by this kind of corruption. Sexual extortion also mainly affects young women in colleges and universities. We constantly get reports that male lecturers and tutors demand sexual favours in return for passing students, exposing them to sexually transmitted diseases like HIV/AIDS.

What needs to happen to empower women to fight corruption?

Resources have to be allocated to build the capacity of women to use tools like municipal checklists and citizen report cards to demand transparency and accountability in service delivery institutions. Women must be empowered to know their rights, like the right of access to information, so they can hold leaders accountable – at the national and local level. Women must also be encouraged to participate in advocacy work on corruption and be told their input is important. Sometimes I get the sense that women feel their input is not required or has no effect.

My Executive Director Mary-Jane Ncube inspires me, especially when she soldiers on despite hostility from some quarters. Her courage and tenacity are something worth emulating.  At an international level, I am inspired by Transparency International chair Huguette Labelle. I am inspired by her enthusiasm and her passion to fight corruption across the globe. She encourages me to develop a reputation of excellence as an anti-corruption activist.