From one corruption fighting organisation to another, hats off to Global Witness. Founder Charmian Gooch and her colleagues have been recognised for their stellar efforts to highlight the damage done by corrupt practices in the extractives sector. In her award winning TED talk, Gooch highlighted the role of ‘the facilitators’ – global banks and global finance – in making some of the worst corruption abuses possible.

As part of the TED award, Charmian has now made her wish – for a world free of shell companies. We support this wish and the change it will imply.

The problem of shell companies is global. In Indonesia many millions of dollars have allegedly been illegally channelled out of the country into secret companies held in the British Virgin Islands. Many of these companies have links to the regime of the late dictator Suharto.

In Argentina, in-depth investigations by journalists have recently uncovered evidence of millions of dollars in public funds being diverted to offshore jurisdications, including the Cayman Islands, by allegedly corrupt businessmen with links to political power. These funds were originally intended for much needed infrastructure projects and instead ended up outside of the country in bank accounts held by shell companies.

The end to shell companies will mean three things in particular. First, companies have to indicate their beneficial or real owners in a publicly available register. This will be a huge step forward toward preventing illicit financial flows including the shifting of corrupt money. Following on from progress at G8 level in June the UK government made a pledge to establish such registers at the Open Government Partnership Summit in November last year, taking global leadership. The European Parliament voted in favour of this direction earlier this month, and the US has legislation coming up that also offers a step in this direction. It is imperative that this trend continues. 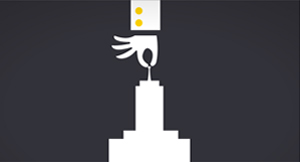 Find out more about beneficial ownership in our Financial Jargon Buster here.

Wiping out shell companies will also reduce the need for secrecy jurisdictions, those locations – whether offshore in the Caribbean or onshore in leading financial centres worldwide – whose business model thrives on opacity. By promising discretion and privacy to clients – regardless of the source of their money – secrecy jurisdictions make it possible to launder and park the proceeds of crime such as corruption. The paper trail for shell companies often ends there. This makes the investigation of money flows nearly impossible, scuppering efforts to reign in tax evaders, money launderers, and other corrupt dealers.

Significantly, putting an end to shell companies can contribute to better use of extractive wealth. For the citizens of countries rich in natural resources, there has been a shocking lack of improvement in their lives and livelihoods, despite the extraction of those resources over decades. The failure of natural resource wealth to lead to human and economic development comes down to the corruption and abuse that are afforded by the ease of setting up and using shell companies to shift profits illegally from the public to the private purse. Close down the option to ‘go secret’, and there is a real chance we can cut off a major means of corrupt flows from out of the developing world, where the resource curse has hit hardest.

Most of us use a bank. The financial crisis that started in 2008 showed just how vulnerable citizens in many countries are when banks get it wrong. Many remain angry that banks are too big to fail. But when we look at many cases of globalised corruption, it is clear that bank practices remain in need of reform:  Banks stop working properly when they fail to know their customer and do not follow proper anti-money laundering procedures. They fail again when they don’t ask the hard questions like who owns the company behind an account, and where did the money come from?

In cases from Turkmenistan to Nigeria, Global Witness has thrown light on the global banking system, where loopholes have enabled  systemic corruption at a great cost to millions of people. We laud their efforts and, working together with them, want to see a world in which business ownership moves out from the shadows and more light is cast on the sources of money flows.   By putting an end to shell companies, governments will stop the wave of illicit flows and banks can compete on fair terms for the business currently scampering toward secrecy. And, last but not least, people everywhere will benefit from a system that enables redistribution and opportunity, rather than the siphoning of wealth to the very corrupt few.