Speaking up for Greek whistleblowers

A passionate antiquities specialist, K. blew the whistle on malpractice he witnessed on a restoration site. The result? He was called to account and has continued to suffer retaliation since.

Sophia Ioannou explains what happened – and why urgent action is needed to protect K. and others who speak up against corruption. 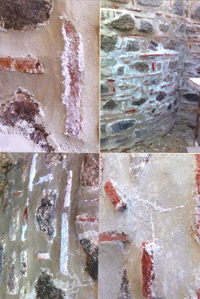 Walls stained by too much salt.

It all started when he was tasked with participating in the restoration process of a small 12th century church, which was funded by the Monastery of Makrimallis in Evoia, as well as from donations from local people. K. was sent by the local antiquities authority which had been appointed as the supervising body for the restoration works.

Press clippings indicate that a sufficient budget of €250,000 had been approved for the work – but there was little sign of the expenditure. K. observed that no architect was present to oversee the work and that a cheap, insubstantial local brand of cement was used.

Damage was already visible – some of the walls were stained by an excess of salt in the concrete mixture. Others were beginning to crack. He photographed the damage and reported his concerns to his superiors, asking that they investigate.

But it was K., not the contractor, who faced disciplinary action. According to his employers, he had breached confidentiality and committed “severe disobedience”. He was verbally reprimanded for “criticising the actions of a superior authority”.

Others might have stopped there. K. didn’t. Since then he’s petitioned the authorities to investigate − taking his calls right up to the minister − and he also sent samples off to government laboratories, confirming salt excesses in the mixture.

As the building damage becomes more visible, citizens and media have joined him in calling for action, and a local public assembly recently accepted a motion requesting that all damages be repaired by the contractor.

But like so many whistleblowers, K. is paying a price for speaking out.

We met K. several months ago when he came to our Transparency Now! advice centre for support. He told us he was ready to give up.

Despite being diabetic and in poor health, he’s been made to work in 40 degree heat and was recently prevented from accessing a refrigerator that stores the food and medication he needs while at work.

Several months ago, K. had to be rushed to hospital after fainting at work. He believes it was triggered by the stress he faced on the job.

He’s applied to be transferred several times but his requests so far have failed. Under a new law, whistleblowers who report corruption are only given protection if their case relates to bribery or trafficking of influence. 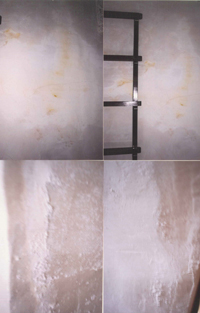 Damage visible on the walls inside the church.

Our advice centre works with the victims and witnesses of corruption to ensure they do not have to speak out alone.

We contacted the authority asking what action was going to be taken – not only to address the complaint, but also to assure the rights of employees to speak up without fear. Meanwhile, we shared the story with the media, attracting prominent coverage.

A few days later, the authority informed us that a formal investigation had been ordered. Recently, K. received a formal notice that the investigation had been completed. He was warned that, in the future, he should submit all petitions and complaints through official channels only – otherwise, he could be seen as breaching hierarchy.

However, no official information has been given as to whether his allegations were found to be true, or if the outcome of the investigation revealed liabilities for officials.

In the meantime, a local newspaper has published a statement from the head of the local Antiquities Authority where she states that the contractors will be called to restore the defects that occurred during the restoration process.

While still waiting for the full results of the investigations, which will hopefully support the efforts of a man who took the brave decision to speak up, we’re calling on the ministry of culture to ensure K. is transferred to a different agency as soon as possible, as well as allowed to resume his former duties without fear of persecution.

We also urge the Greek legislature to reconsider the scope of the new law to cover a wider set of corruption-related criminal offences and provide more substantial protection in the public and private sector.