Greeting 2015: Is there any hope for those fighting corruption in Turkey?

Update: On 20 January, Transparency International Turkey wrote to Turkish MPs, calling on them to vote against closing the investigation into corruption allegations. Read the letter here. 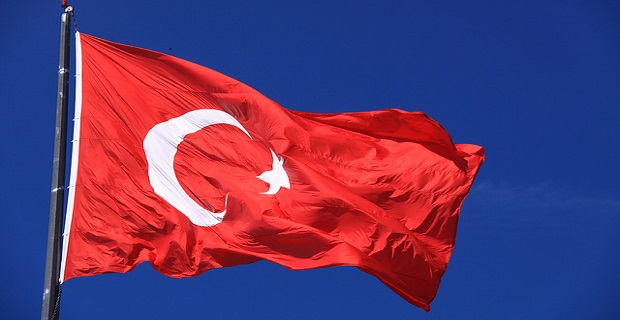 A new year signals a fresh start for the people around the world and is a symbol of hope for the future. But do we corruption fighters have such a hope that this year will be better in Turkey? Events at the start of 2015 and the end of 2014 are not promising.

Controversial decisions closed corruption cases against 185 people (known as the December 17th and 25th raids) without charging a single suspect. The decision to drop the case against four former government ministers accused of corruption is another great example of what has been happening in Turkey since last year.

On top of this, outraged people who have protested or criticized these decisions are now facing charges!

It is shocking to see how freedom of speech has deteriorated in Turkey. You only have to look at the case of a 16 year-old boy who was arrested in his school for speaking critically about corruption. The boy was kept in custody for two days before 80 lawyers flocked into his Anatolian city to seek his release.

The minor was charged with libeling the President after accusing him of being the head of corruption, citing the construction of a controversial new Presidential palace that the boy alleged was built illegally. (The construction of the building has continued in violation of a court injunction).

There was already outrage in Turkey that a minor could be jailed for expressing his thoughts. A couple of days later, a journalist was detained for tweeting about corruption: Sedef Kabaş, formerly of CNN, criticised the closing of the corruption investigations by the prosecutor in the 17 December case. She was accused of targeting a public official as she included the picture of the prosecutor saying “let’s not forget about this man”.

Her phone, laptop and her son’s iPad were also taken by the police as “tools of crime.” She was released after 11 hours of interrogation, but the charges against her will continue. In any case, the goal has been achieved: the public now know that anybody criticising officials could be next!

Journalists have been targeted for some time in Turkey. Over 120 journalists reporting on corruption in Turkey faced court cases in 2014, only three were acquitted, while 27 have been convicted so far. As journalists are getting sentenced, this is certainly not a joke!  A court decision has already convicted a journalist, sentencing him for five months and in another case journalists could face up to 17 years in prison.

And let’s not forget about that the initial public prosecutors of the 17 December and the 25 December cases are now charged with a coup against the government and forbidden to practice their profession. This may go down as the first coup attempt in the world that was started by officials initiating corruption allegations.

The decision of 5 January by the Parliamentary Commission to drop the case against four ex ministers did not come as a surprise even though the evidence against them appeared to warrant further investigation. For example, reports to the Commission allegedly indicated that there was a significant increase in assets of the ministers during their time in office that was not commensurate with their pay.

It is clear that the rules of the game of the judicial system have changed. Through a series of moves, the government now has installed new prosecutors and judges in turn dropped all the charges and closed the cases of the December 17th and 25th allegations.

We will wait for the final curtain to come down when the General Assembly of the Parliament votes once again on the Commission’s decision. No change is expected, given the majority of the ruling party.

Now there are statements by the members of the ruling party that “unethical behaviours will be dealt among themselves” while others are saying that “true acquittal will be in the elections” implying the using the courts to decide cases is irrelevant.

This is worrisome for people who believe in the rule of law. Any corruption fighter will now have a very difficult time convincing people to tackle corruption when it is clear that the judiciary may not be willing to take on corruption cases from now on.

Now, I will once again ask that rhetorical question: “Is there any hope for those fighting against corruption in Turkey?” I leave it to you to come up with the answer.