Despite the bailouts and regulation after the 2008 financial crisis, unethical behaviour at banks has cost shareholders close to US$10 billion over the past two years in the form of fines. No wonder there is fierce competition on both sides of the Atlantic, particularly now as banks are beginning to report their results, over diminishing bonus pools in the wake of these multi-billion dollar fines.

JP Morgan reported a 6.6 per cent drop in quarterly profits as legal costs exceeded US$1 billion in the wake of government probes prompting CEO Jamie Dimon to claim that banks were “under assault”. Citigroup decided that the bonus pool for traders would fall about five to 10 per cent after an earlier pledge to hold it flat.

The real debate, however, should be about what will stop bankers from behaving badly. Corporate fines are clearly not doing the trick and shareholders should not continue to foot the bill when bankers fail to learn the lessons of the past.

Nor should society. Citizens and taxpayers in many countries have already carried the cost of the bail-outs and seen the impact on the global economy, most notably the post-crash rise in unemployment.

Banks and their regulators need to design and implement policies that promote integrity and this will require a restructuring of many core processes, including personal and senior management accountability, incentive pay and risk management. A 2014 research paper asserted that the prevailing culture in the financial sector weakens and undermines honesty and a 2013 survey found that close to one third of financial services professionals (29 per cent) believe they may need to engage in unethical or illegal activity in order to be successful.

A quarter of those surveyed (26 per cent) said compensation plans or bonus structures incentivise employees to compromise ethical standards or violate the law.

There is a clear need to redefine success. Here are a few suggestions. 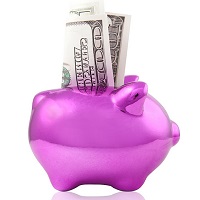 Senior managers have to demonstrate clearly and unambiguously to middle management and employees that ethical and risk aware behaviour is expected from them. William Rhodes, a former Citibank executive suggested that banks should establish Board Integrity Committees with explicit responsibilities to monitor corporate ethics and culture. This would strengthen Board level accountability for all aspects of reputational risk.

Performance reviews should also reward good behaviour and not only short-term gains. Financial and non-financial performance metrics should both have impact on compensation and promotion decisions; when certain behaviours pose a risk to the company’s values, this should override assessments of financial performance.

Non-financial performance metrics should include risk management criteria. Some banks have already introduced measures to this effect in 2014. To determine whether these changes led to the desired results and to establish industry-wide best practices, public reporting on their impact would be key.

Overall there must be an appropriate balance between long and short-term incentives to give executives and senior managers a personal interest in the firm’s longer-term performance. And built into this, there should be the possibility of claw backs for excessive risk-taking.

All five of the banks fined for foreign exchange rate manipulation are looking at taking back bonuses from dozens of traders. This would be the first time that banks have applied this dramatic measure on such a large scale.

In an important speech, one of banking’s most powerful leaders New York Federal Reserve president Bill Dudley floated the interesting idea of “performance bonds” in pay packages. Senior management and material risk-takers on a bank’s staff would forfeit these bonds if their behaviour resulted in fines and the bank could use the funds to pay the fine instead of the bankers. This would create incentives for employees to report wrongdoing early and it would also shield shareholders from footing the legal bill.

Perhaps the most effective stick lies outside the industry. JPMorgan Chase, Citigroup, Deutsche Bank, Barclays and UBS have each disclosed that they are under criminal investigation by the US Department of Justice relating to conspiracy to manipulate foreign currency rates.

In the end, the biggest incentive for honest behaviour might be the prospect of facing a day in court – or even longer in jail. No matter what tools prove to be most effective, the incentive system in banks must encourage and reward ethical behaviour.