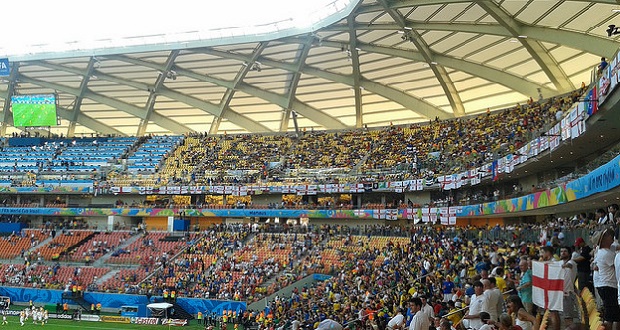 The geography of sport mega-event hosting is changing significantly, as several mega-event researchers had predicted, and we now see more prospective hosts from the Global South and East. Many of them are industrialising, rather than advanced economies, which raises the question why they would want to invest vast volumes of capital to stage an event which research has shown almost never yields the projected economic returns.

Matters are complicated by the fact that many of the new hosts fare poorly on international corruption rankings. This often translates into events marked by high levels of graft, low levels of public accountability and a lack of widespread socio-economic benefits. South Africa’s staging of the 2010 FIFA World Cup and New Delhi’s Commonwealth Games in the same year generated much criticism from domestic and international observers for these reasons.

Fresh after Brazil’s hosting of the FIFA World Cup and Russia’s staging last year of the Winter Olympics – both events which drew attention for all the wrong reasons – two other BRIC states have signalled their intentions to bid for the Olympics.

In recent months, China submitted a bid to stage the 2022 Winter Olympics and India looks set to make a pitch for the 2024 Summer Olympics. If both states are successful in their bids, it would mean that four of the next five Olympic Games (winter and summer) will be held in Asian cities. The 2018 Winter Olympics will take place in PyeongChang, South Korea, and Tokyo will play host to the Summer Games in 2020.

Depending on the event, the economic grounds for making a bid in the first place are fairly weak. Staging both the Summer and Winter Olympics – the first being typically larger than the second and drawing more international attention, corporate sponsorships and revenue – is expensive.

It would appear instead that countries bid to garner prestige and symbolic capital. China’s 2022 bid  is a case in point.

Most of the sports competed for in the Winter Olympics are not popular in China yet, and Beijing does not get nearly enough snow to stage all the competitions. Two other Chinese locations situated in the hillier regions northwest of Beijing will be used for the skiing competitions.

Chinese authorities will construct a high-speed rail to connect the two centres to reduce travel time to under an hour and because snowfall is also not sufficient, plans have to be made to create snow, which observers worry will burden already strained water resources in the world’s most populous country. 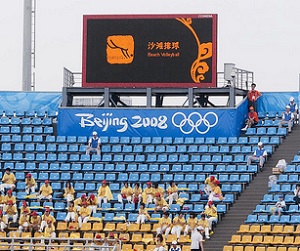 This bid therefore suggests that Chinese authorities are intent on positioning the state prominently as a sport mega-event host and to capitalise on whatever international status may be gained through such events, regardless of the financial and environmental costs.

China staged the Summer Olympics in 2008 and this was followed in rapid succession by the Youth Olympic Games, the Asian Games and Asian Winter Games, and the Universiade. China’s authorities have deftly linked sport to recent efforts to curb corruption in the country, citing a lack of transparency in elite sport as damaging to China’s image abroad and an obstacle to performing better in the competition for medals.

India’s possible bid for the 2024 Olympics follows on a Commonwealth Games campaign that was heavily criticised for its lack of organisational and logistical efficiency. It is likely that the Olympic bid will be used to make up for the mistakes of the Commonwealth Games, to enhance India’s standing, and to be a focal point for Prime Minister Modi’s nationalist government.

The Chinese government, for one, does not appear to be too nervous about what all this would potentially cost, financially and otherwise. While other contenders, Munich, Stockholm, Oslo and Krakow, withdrew their 2022 proposals because of lack of public support and concern over uncontrollable expenses, the Chinese bid committee have noted that they have strong domestic backing and a strong economy. This ‘money-is-no-obstacle’ attitude is not untypical among the new class of mega-events hosts. Russia’s 2014 Winter Olympics was the most expensive in history, and before that, the 2008 Beijing Olympics carried that dubious badge of distinction.

If successful, China and India’s bids for the Olympics might bring these states more than they bargained for.