29 October 2015 in Africa and Middle East, Oil and gas, Politics and government 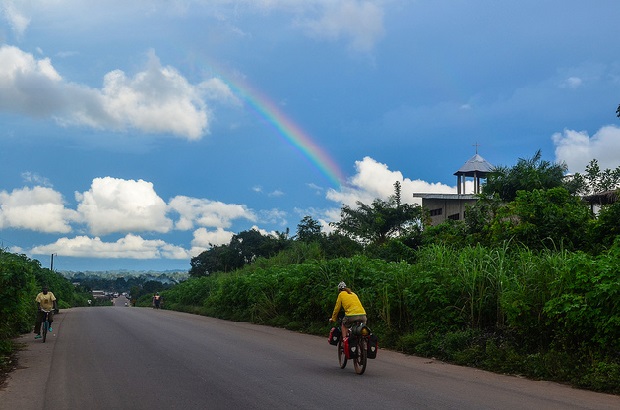 Cycling towards a rainbow in near Blizreu in Ivory Coast

On 25 October Ivory Coast went peacefully to the polls in the first election since bloody violence erupted in the aftermath of the 2010 presidential election. The incumbent Alassane Ouattara will remain in power. Our main concern is that any new government understands that to maintain stability it must strengthen the institutions that provide security, which means fighting corruption must be high on the agenda.

This will require strong moves to ensure the independence of the judiciary, so citizens have trust in the rule of law, and to guarantee implementation of the Good Governance and Anti-Corruption National Plan 2013-2017. So far that remains more words than actions.

Ivory Coast has made improvements on major indices in the past four years. Its score on the Transparency International Corruption Perceptions Index improved from 27 out of 100 in 2013 to 32 out of 100 in 2014. That still indicates rampant corruption is holding back the country but it shows that people both inside and outside the country are registering change for the better, albeit a small one.

The country also improved on the Mo Ibrahim Index of African Governance, reinforcing the positive.

Ivory Coast also became compliant in May 2013 with the transparency criteria of the Extractive Industries Transparency Initiative, which monitors how countries manage their natural resources. The goal is to ensure that citizens benefit from these public goods in a sector that is too often prone to corruption.

A road map for reform

But there is much work still to be done. The justice system, for example, has been criticised as selective with too much of a focus in pursuing members of the previous administration of former president Laurent Gbagbo.

Institutional mechanisms such as the inter-ministerial committee on governance, presided over by the Prime Minister and the National Secretariat on Governance and Capacity-building should be sustained and promoted at all levels of government to underscore the importance of good governance.

Our partners in the Ivory Coast, Social Justice, have described this plan more fully here (in French).

The challenge of the new administration will be to consolidate the achievements of the past four years and build on them. The new High Authority for Good Governance must remain independent from political interference, be led by people of integrity and be adequately resourced to carry out its mandate.

There must be an emphasis on promoting accountability in public institutions with a special focus on public procurement systems which should be more transparent and open to public scrutiny. And the government should make reports of institutions dealing with public accountability issues available to the public.

We firmly believe that Ivory Coast can continue to improve its fight against corruption. The new president must be committed to this too.