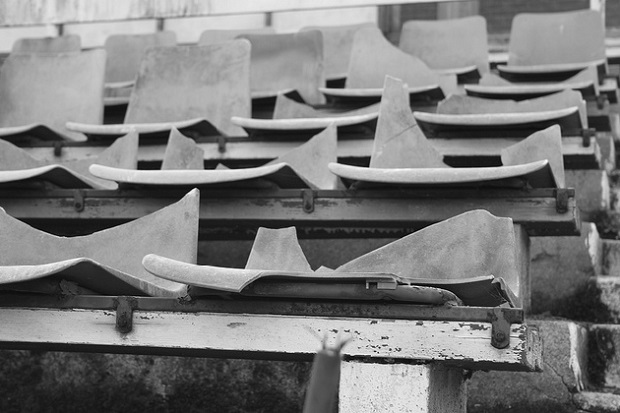 FIFA and its corruption scandals continue to dominate the headlines. As it struggles to find a credible candidate to take over as president, Transparency International has turned its attention to FIFA’s members, the 209 national football associations (FAs). Are they in any better shape to manage their corruption risks?

Football fans are the primary reason for the huge sponsorship and broadcast deals that sustain FIFA and its members. We believe the public should be able to hold their FAs to account, and find out how the money that they generate for the associations is spent.

The FAs represent the world’s largest countries, like China and the USA, and some of the smallest, such as the Cook Islands and Liechtenstein. They oversee the governance of football within their countries, developing grassroots football and negotiating sponsorship deals, big and small. From 2011-2014 FIFA alone gave each one an average of US$2.3 million, including a one-off payment of US$1.05 million in 2014.

In our new report, we found that just fourteen out of 209 FAs publish the bare-minimum governance information. This is nowhere near good enough. From our work looking at best practice governance in the public and private sectors we picked four simple things we believe it is important that FAs make publicly available: financial accounts, statutes, codes of conduct and activity reports.

Shockingly, only 19 per cent of the 209 associations publish financial reports at all, creating huge potential for wastage and misspending to go unnoticed.  It was only in 2014 that FIFA started requiring its members to provide audited records of how the money it gives them is spent.  FIFA should adjust its statutes to require public reporting from its members, as a basic first step to minimising corruption risks.

Not all of FIFA’s development money is wasted, but the potential for abuse that non-transparency provides is clear. Recently Reuters sent its reporters to find out how a US$500,000 FIFA grant paid to the Pakistan FA for a new training centre was spent. The centre opened in 2013, but there are no grass pitches and only a dilapidated set of goal posts to show for the investment.  Between Pakistan and Nepal, which was also investigated, US$2 million has been spent on football development projects in 2015 alone. The facilities that justify such investment have not materialised.

FAs are self-policing. The principle of autonomy that states that all sporting organisations are autonomous means that they are generally left to deal with their own governance.  FIFA has the power to stamp down on any interference in the business of FAs by third parties, reserving the right to suspend the national team of a country if the football association in question is interfered with by a third party, such as a government.

The current FIFA statutes ask very little of the FAs in exchange for FIFA membership. The very basic rules do not include the mandatory publication of an FA’s governance or financial data.

FIFA’s depleted executive committee met in October in order to discuss the upcoming presidential election, announcing among other reforms the possibility of term limits for the president and increased financial transparency and control. All of these announced reforms must still be accepted by the FIFA congress, and FIFA could still do more. For example, FIFA could change its statutes to demand that FAs publish their basic governance and financial information.

Transparency International published Give back the game: How to fix FIFA which focused on reform of the governance structures of FIFA rather than on the individual members. We also published a short paper from our Anti-corruption Helpdesk on how football associations can counter the risk of corruption in their governance.

I encourage all fans to visit the Unmaskthecorrupt.com where FIFA is nominated as an example of a corrupt organisation. There is a discussion section where all suggestions are welcome. Forcing FIFA to make its members more accountable should be high on the agenda.