We first met Andrea Franzoso in 2013, when Transparency International Italy organised a training course on anti-corruption and whistleblowing for Ferrovie Nord Milano, the northern Italian transport company he works for.

At that time Andrea was a member of the internal audit unit of Ferrovie Nord Milano. He was immediately enthusiastic about the topic of the training. He showed particular interest and curiosity in our vision of whistleblowing as one of the main ways to curb corruption and safeguard the collective public interest. 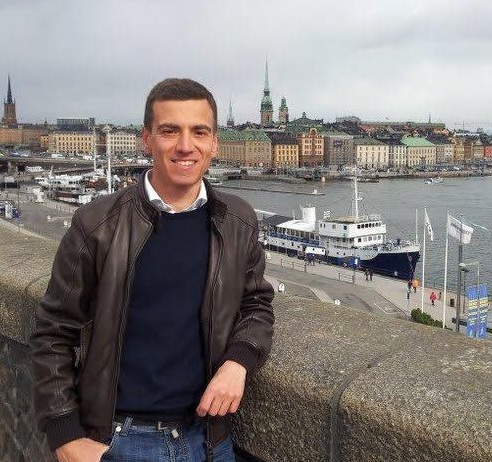 It was only a few months later that Andrea went to the police to report problems he faced at work related to an internal audit he had done that management didn’t like. The upshot was dramatic: His disclosures forced the president of the company to step down and persuaded the Court of Milan to open a file for embezzlement and fraud.

Andrea told us that he decided to go to the police because the report he submitted internally, pointing out the mismanagement he uncovered during an audit, was not appreciated and he was asked to change it.

What followed was shocking. He was not rewarded for his courage; instead he was shunned by his co-workers and moved from the audit unit to another office. That’s when he decided to go to the Labour Court against his company, asking for the restoration of his position.

Although Andrea suffered negative consequences for his career and was left alone by many of his colleagues, he’s still fully convinced that he took the right decision. He says he would act again in the same way because his integrity and ethics cannot allow him to close his eyes and shut his mouth: silence is not an option to Andrea.

“Indifference and isolation are more painful than job retaliations, and for these reasons I am pleased to have the support of Transparency International Italia,” he said.

Transparency International Italy supported and praised Andrea in the media. We wanted to make sure that people understood that what he did was in the public interest. It was a way to protect his reputation too, and it pointed to the fact that Italy still does not have the kind of whistleblower protection laws to support people like Andrea.

Andrea says that people who speak up need to know that their jobs are guaranteed or that they will get assistance in finding a new one.

Transparency International Italy advocates a “support fund” for whistleblowers who have to face long, complex and expensive trials. Last but not least, Andrea suggests that law should recognise a specific role for civil society organisations that offer human and legal support to whistleblowers who face troubles because of their actions.