Thousands of citizens support whistleblower protection law in Italy – you can join them! 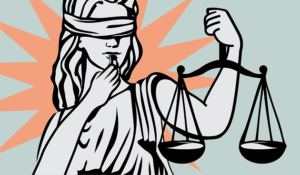 No country can fight corruption seriously unless the people who have the courage to speak out are protected.

A draft law, based on Transparency International’s principles for good whistleblower legislation, was passed by the Chamber of Deputies in January. It could be improved by strengthening the guarantees of confidentiality for reporting and ensuring there is a special fund to compensate whistleblowers who lose their jobs but even in its current form the law would greatly improve the situation we have today. People who speak up have little protection.

In just one week more than 21,000 people have signed our petition. We will continue to collect signatures until October when we will deliver it to the Senate and demand action. The Senate must do its job and approve the draft.

This public reaction is exceptional. In the past, the notion of speaking out against wrongdoing, breaking the traditional omerta was not something that ordinary people concerned themselves with. But the mood is changing and we find it very encouraging that more and more people understand that staying silent can hurt the public good.

Several recent cases in Italy and beyond show just how important it is to protect people who face retaliation even when what they expose is in the common interest.

Take the example of Andrea Franzoso. He spoke out about mismanagement at the railway company where he worked as an auditor and, instead of welcoming his report, the company asked him to change his audits. He was shunned by his co-workers and moved from the audit unit to another office.

That’s when he decided to go to the Labour Court against his company, asking for the restoration of his position. But he lost his court case because there is no whistleblower protection in place in Italy.

Under the draft bill as approved by the Chamber of Deputies earlier this year people like Andrea would be protected against such retaliation. They would have a safe space to speak up and would help fight corruption in our country.

We cannot sit and watch courageous people suffer for doing the right thing. At Transparency International Italy we have been offering support and advice on corruption issues to over 250 citizens since we opened our legal advice center. Through this work we see how desperately we need better protection of whistleblowers.

That’s why we launched this petition. It will help us make a strong case that there is public support for rooting out corruption and support for those who speak out. We must act, and we must act now! Sign the petition today!