Cleaning up sport: conflicts of interest at the top 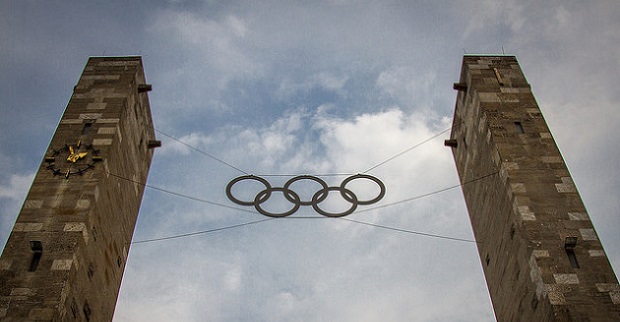 The tension between the International Olympic Committee (IOC) and the World Anti-Doping Agency (WADA) has never been greater than this year, when WADA recommended a ban on all Russian athletes from participating in the Rio Olympic Games, only to have the IOC reject that position. This points to a fundamental challenge for the relationship between the two organisations. As WADA is half run and funded by the IOC, its independence can be questioned.

In a vote to maintain the status quo, 75 year-old Sir Craig Reedie, an IOC member since 1994, was re-elected on 20 November as WADA President for a further three year term. Many of WADA’s decision-makers appear not to see a conflict in their dual/multiple roles. As IOC member and former WADA President, Dick Pound put it: “Tell me what the conflict of interest is between your capacity as an IOC member espousing clean, doping-free sport and sitting as representative of that organisation on [the] foundation board of WADA, which has the same objective.”

The fact that both WADA and the IOC have as a common goal the desire to achieve ‘drug free’ sport, does not negate the inherent conflict that arises in the space where the aims differ.

Despite creating WADA with inbuilt conflicts, the IOC now realises that WADA needs to change. The Declaration of the 5th Olympic Summit of 8 October recognised the fundamental philosophical tension within international sport on WADA’s role. Recommendation 3 emphasises that: “WADA [is] to strengthen its governance structure” and “[must] Ensure compliance with the highest ethical standards in particular with regard to the resolution of conflicts of interests and integrity.”

The Declaration went on to indicate that WADA should both be better resourced to operate independently and have greater powers. Hopefully this is also an indication that the IOC may now be willing to relinquish control and allow for greater independence.

The IOC owns the Olympic Games and receives much of its revenue from the broadcasting and sponsorship of these events. It’s in the IOC’s interest to have the best athletes from all member nations there to keep the Games relevant and competitive. The proposal to ban Russia created a difficult dilemma for the IOC.

The challenge created when common interests raise a potential conflict is also demonstrated in WADA’s appointment of Dick Pound as the lead investigator in the first “independent” report into international athletics (IAAF) and Russia’s state sponsored doping. For the report to be ‘independent’, Pound’s current and former positions should have made him ineligible for this role.

In the most recent demonstration of the challenge posed, IOC members Gian-Franco Kasper and Dr. Ugur Erdender currently sit on both the committees that considered whether the athletes nominated by the Russian Olympic Committee should be barred from competing at the Rio 2016 Olympic Games, namely the IOC and WADA Executive Boards.

The IOC’s decision not to accept WADA’s recommendation on Russia’s eligibility sends the message that Olympic goals, including supporting one of the IOC’s strongest members, are prioritised over the aims of WADA. At the meeting of the broader IOC membership, only the former British skeleton athlete, and WADA Foundation member, Adam Pengilly, voted to support WADA’s recommendation, while Reedie abstained.

WADA’s mission is to: “promote and coordinate at [the] international level the fight against doping in sport in all its forms”.  To strengthen WADA’s governance and remove the conflicts between the different stakeholders, as recommended by the IOC, requires rewriting WADA’s constitutional documents to allow for the appointment of independent decision-makers.

To have any claim to ‘independence’, WADA must also sever the tie between receipt of funding, and eligibility for a seat at the WADA board table.

As detailed elsewhere, this bind creates a number of issues for WADA, including: the danger of WADA being manipulated or held hostage by the dominant funder (see reference 1 below) and wasting resources on solving the struggles and disagreements between stakeholders with competing agendas (see reference 2 below).

The separation will help to diminish, but not completely avoid, the issues around funding bodies influencing the way WADA operates. How ‘independence’ is defined and achieved is a challenge that needs to be worked through in consultation with all the major stakeholders. Athletes have the ultimate vested interest in ensuring that sport is played fairly, and that ‘innocent’ athletes are supported and protected (see reference 3 below).

The current financial and rights model must be turned on its head to give athletes the ultimate say on how sport is governed and policed. Inverting the power pyramid will open up dialogue around ensuring greater justice and economic benefits for athletes. A more representative WADA would see a broad, inclusive group of skilled people reflecting the demographics of the community, including athlete alliances, anti-doping specialists, scientists, professional team sport employers and sponsors.

Opening up the nomination process would also provide the opportunity for other organisations with an interest in supporting ‘clean’ sport, such as the UN Office for Drugs and Crime and the Global Organization of Parliamentarians Against Corruption, to increase their involvement.  There is also capacity to expand UNESCO’s role in monitoring the implementation of the anti-doping convention.

An independent Foundation Board and Executive Committee will “strengthen [WADA’s] governance structure” by creating an additional internal accountability mechanism.  The challenge will be to then develop a fair, inclusive process so the views of athletes can be more comprehensively reflected, replacing the current Athlete Commission model.

The IOC’s plea for the “resolution of conflicts of interests and integrity” can be answered by ensuring that WADA’s decision-making bodies are composed of a diverse range of independent thinkers who are answerable to the athletes, not representative stakeholders.  Managed carefully, having experts from a range of disciplines available to set WADA’s strategic direction will ensure that anti-doping serves those most impacted by it.

Correction: An earlier version of this blog was mistakenly posted on 12 December. This updated article is the correct version.