What’s next for Ukraine? 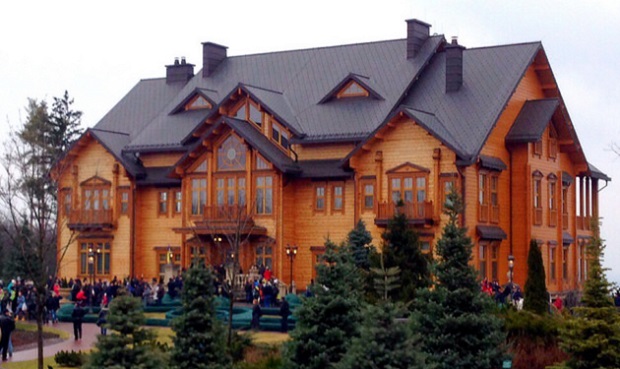 Citizens visit the palace of former President Viktor Yanukovych after he fled in February, 2014

Ukraine said it planned to confiscate $290 million of assets believed to be stolen through corruption in 2016. So far they’ve recovered and returned to state budget just $5,683. While that’s a tiny improvement from $3,813 recovered last year, it shows the struggling country has a long way to go before it can successfully recover any of the estimated $7.5 billion former President Viktor Yanukovych and his associates allegedly stole.

The cash recovery will never reach the government targets without the creation of an anti-corruption court, urgent judicial reform and new ways of working with witnesses and whistleblowers.

Over the last year, Ukrainian authorities have adopted a number of important laws to get started. They created anti-corruption investigative and preventive bodies, and have begun working better with foreign officials. Despite these actions there is a clear lack of success stories in the recovery of stolen assets, both domestically and from abroad.

“The failure to tackle the terrible crimes and thievery of Victor Yanukovych feeds criminality in Ukraine and around the world. It tells the people of Ukraine that the situation is hopeless and that real change to stop Grand Corruption and prevent another Victor Yanukovych from rising and spreading his corrupt ways across Ukraine will fail,” the Chair of Transparency International, José Ugaz, told the the Third Annual Recovery of Proceeds of Grand Political Corruption in Ukraine conference in Kiev this week.

Representatives from the Ukrainian government, law enforcement officials from several key countries cooperating with Kiev and members of domestic and foreign civil society organisations presented an urgent case for change.

The need for a new, independent and well-funded anti-corruption court was high on the list.

Olesia Batryn, an investigative judge at the Pechersk court in Kiev, said that because it would be a new court, there wouldn’t be a backlog of cases delaying the judicial process and allowing for a quick review. She noted that a recent study showed that 200 Ukrainian courts have only one judge. This means a single judge must hear criminal, civil and commercial cases, creating delays.

Batryn added that having judges specialized in the principles of criminal procedure and with knowledge of corruption should further speed up the process and help maintain objectivity.

Few witnesses and a lack of comprehensive protection of whistleblowers hold back further corruption investigations and asset recovery in Ukraine.

Karen Greenaway, a Supervisory Special Agent with the Federal Bureau of Investigation, said the biggest problem in investigating corruption cases is the lack of witnesses. She called the issue “the single thing that could move cases forward more quickly,” noting that building trust and finding ways for witnesses to safely give testimony needs to be addressed.

This could include providing a legally safer space for lower level conspirators in ongoing public corruption cases. They could be granted immunity for their criminal activities as long as they agree to provide witness testimony against other conspirators.

A coalition of civil society organisations has tried to focus public attention on whistleblower protection in Ukraine, but the government has blocked real reform and a comprehensive law has stagnated in Parliament.

Several panelists at the Asset Recovery Conference noted that once investigations are completed, cases brought before the courts face another blockage: corrupt judges. Judges are the least trusted institution in Ukraine. A stunning 61 per cent of Ukrainian respondents in  Transparency International’s Global Corruption Barometer think judges and magistrates are corrupt; and 45 per cent of respondents in a 2015 public opinion survey said they distrust the courts in Ukraine.

Assets cannot be recovered without court verdicts. Even then, verdicts can be appealed repeatedly, delaying disbursement further.

Artem Sytnyk, director of the National Anti-Corruption Bureau of Ukraine, called for reforms to shorten the time it takes a case to reach a court.

Sytnyk, who recently spoke with German officials, noted that a case against 87 individuals accused of corruption related to the construction of Berlin’s new international airport only took 90 days to come to court. It would have taken much longer in Kiev.