Leading the fight against corruption in the Asia Pacific region

19 May 2009 in Anti-corruption Conventions, Asia Pacific 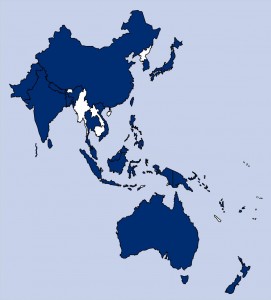 How does successful fighting corruption in the region Asia Pacific look like? This key question was at the centre of today’s Transparency International Asia Pacific Regional Programme Meeting. 15 years ago, when corruption was perceived to be the oil that made economy work, asking such question in a public forum held at the parliament house seemed completely unconceivable. Today, it creates vibrant debate, and remains a crucial and most intriguing question to reflect upon.

Today’s meeting discussed the priorities of its work in the region, highlighting the need to strengthen public sector integrity, countering political corruption, improving private sector governance in the context of the financial crisis and lastly, looking at how citizen can participate in the fight against corruption.

The regional meeting will continue until the 22nd of May on programmatic work such as Governance Integrity in the Forestry sector, addressing both operational and thematic issues, and providing training to TI national chapter executives on advocacy and communication.

In the meeting’s context, The Australian’s Development Agency (AusAID) signed a five-year partnership framework agreement with Transparency International to support its work in the region, highlighting very strongly the need and wish to explore new approaches to work together to scale up and increase the effectiveness of the fight against corruption both at national and regional levels.

Let me just give you some thoughts looking at three key challenges when addressing the key issues throughout the day.

When looking at national anti-corruption policy and reform, it becomes clear, once again, that in the public sector and in addressing political corruption, political will remains the key driver for anti-corruption reform. So far nothing new. But with the corruption and transparency being more and more a decisive factor in the political process and elections, developments can take two directions:

One important factor was stressed in working on corporate governance. With more and more anti-corruption reporting and monitoring initiatives being developed, especially with the increased demand for accountability of companies by the public in the context of the financial crisis, comparability needs to be ensured. Companies need to be able to improve scores, and progress measured over time.

I will write up some solutions and ideas coming from the national level that look at citizen participation and engagement in a post for tomorrow. As a side note on the so much requested citizen participation I would like to mention a comment that came out of one of these discussions that are the most interesting ones, over a drink at night, or, as in this case, in the bus ride back from the Parliament. Talking to our chapter in Vanuatu, it became clear that working with citizen will mean sometimes simply going for a three day foot walk to far off villages or an island. Completely without mobile phones, radio or any other communications access. Not an easy challenge, as another panelist put it today. Peter Larmour from the Australian National University said that to address corruption and form a “democratic” public sector will mean to reduce the secretive exclusion of people who should be included in democracies.