The views and opinions expressed in this post are those of the author and do not necessarily reflect the position of Transparency International. 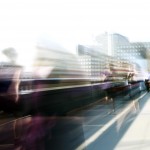 “Our competitors are our friends, our customers are the enemy” is an actual statement made by an executive of Archer Daniel Midland, in the famous case of the lysine (a feed additive) cartel, which was caught on videotape by the FBI.

In common parlance, the cartel of oil producing nations (OPEC) is something which is well known, but it is not illegal as it is operated by governments. Albeit, drug cartels are illegal as these are run by criminal elements to market illegal drugs and narcotics. In the competition law lexicon, a cartel is a collusive agreement between firms not to compete with each other, which is illegal and prosecutable. It is considered as the most egregious form of anti-competitive practice.

Typically, cartel members may agree on: price fixing (the price they will charge or the discounts/credit terms they will offer their customers for goods or services), bid rigging (deciding who should win a contract in a competitive tender process), output quotas/restrictions (limiting the levels of products or services supplied to a market in order to increase the price) and market sharing (choosing which customers or geographic areas they will supply, or preventing competitors from entering the market). It is usually a civil offence but in many countries, such as the USA, it is also a criminal offence.

Cartels can occur in almost any industry and can involve goods or services at the manufacturing, distribution or retail level. Some sectors may be more susceptible to cartels than others because of their structure or the way in which they operate. For example, a cartel may be more likely to exist in an industry where there are few competitors; the products have similar characteristics (which leaves little scope for competition on quality or service); communication channels between competitors are already established (trade associations); and the industry is suffering from excess capacity or there is general recession. For example, the cement industry is one of the worst offenders and has been hauled up wherever a competition law exists.

How do cartels affect consumer and business interests?
Cartels also operate across borders, as was witnessed in many sectors, such as the vitamin, citric acid, bromine, seamless steel tubes, graphite electrodes and lysine industries. These resulted in overcharges of US $1.71 billion, US $67 million, US $8 million, US $1.19 billion, US $975 million and US $43 million, respectively from developing countries.

Competition laws across the world differ in various aspects; however, as said, there is one universal feature: condemning cartel agreements. Globally, competition authorities are beefing up enforcement and looking for evidence of price fixing in a wider range of markets and industries. Executives are routinely sent to jail and their companies are forced to pay fines equal to three times the estimated harm. Fines, dawn raids and use of leniency provisions have reached new heights.

Effective measures need to be taken against the evil of cartelisation. The harm caused by cartelisation is greater in the developing world as compared to developed nations, because the former often lack effective competition regimes. Further, the affected consumers from the developing world are not able to legally claim any compensation from international prosecution. Given the global impact of cartels, it is fair and judicious that a portion of these fines should ideally be used in favour of the affected consumers based in developing countries. Thus, a decisive step towards remedying the situation could be the creation of an “International Competition Fund”. The establishment of the Fund would contribute to not only deterring cartelisation but also the promotion of a competition culture, better harnessing of the development potential of globalisation and the disciplining of anticompetitive practices in global markets.
————————–
Pradeep S. Mehta is the secretary general of Consumer Unity & Trust Society (CUTS) International, Jaipur, and co-chairman of the International Network of Civil Society Organisations on Competition. Mr Mehta is also a contributing author of TI’s Global Corruption Report 2009: Corruption in the Private Sector.