No impunity for corrupt dictators

Angela McClellan, Senior Programme Coordinator in TI’s Global Outreach and Campaigns department, coordinates Transparency International’s advocacy work on issues relating to the Group of 20 leading economies. This week the G20 finance ministers are meeting in Paris. She helped organise sending a letter signed by 78 civil society organisations to the G20 finance ministers demanding they take a hard line on stolen assets and corruption.

The recent events in Tunisia and Egypt have demonstrated the power of citizens who won’t endure corrupt governments any longer. Their call for accountable and transparent leadership to ensure an equal distribution of public goods was heard around the world.

In France, the UK and Switzerland governments heeded calls to freeze and investigate the assets of ex-president of Tunisia Ben Ali and ex-president of Egypt Hosni Mubarak and their families. There should be no impunity for those who wield power for their own benefit and not for their people. 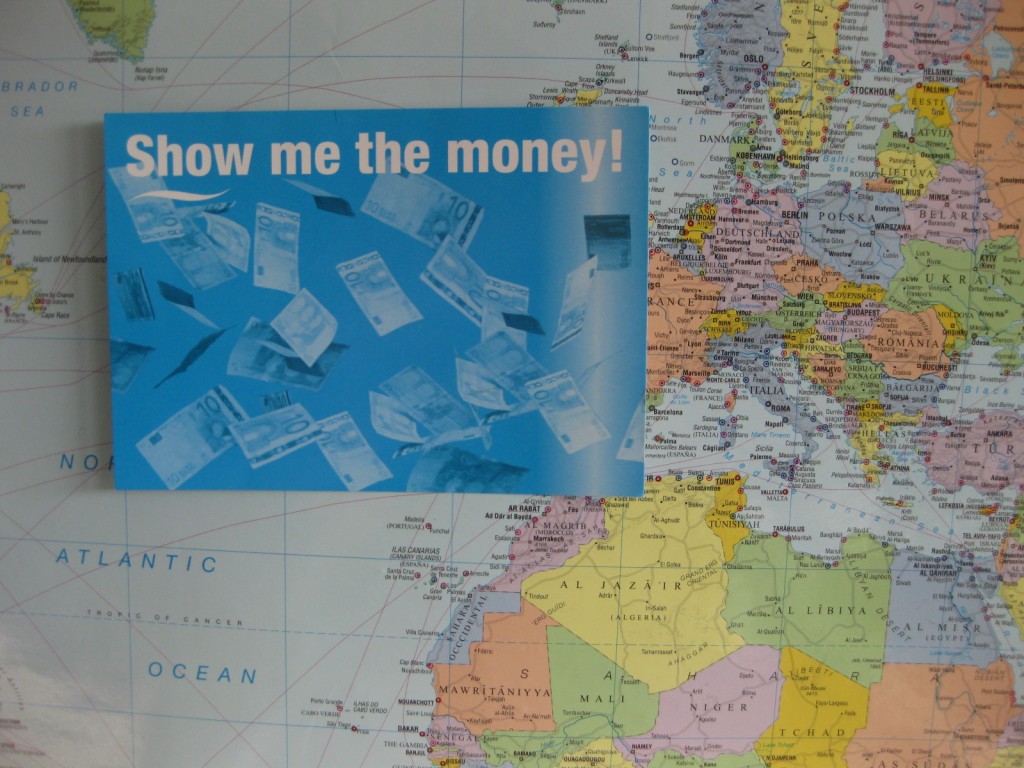 The international community has a duty to act. Effective international action against misappropriation of funds and money-laundering sends the message to corrupt politicians and business people all over the world that they will not be able to hide their assets easily anymore. In November last year the G20 signed on to a comprehensive Anti-Corruption Action Plan.

But as we know well, commitments made on the international stage don’t always translate into immediate actions; especially where long established power networks prevail. So that’s why we have to keep the pressure on. Just this week we got together with Global Witness to send a letter signed by 78 civil society organisations to the G20 Finance Ministers meeting in Paris on 18-19 February calling on the G20 to act now.

The Anti-Corruption Action Plan when fully implemented would make a big difference. It mandates international cooperation in preventing illicit flows into G20 financial markets and in tracing and recovering stolen assets. It also calls for criminalisation and prosecution of foreign bribery, measures to prevent corruption in the public sector and enhanced protection of whistleblowers, which have long been requests from civil society and anti-corruption fighters.

The Action Plan is largely based on the UN Convention Against Corruption which has been ratified by all but four G20 countries. The laggards are Germany, India, Japan and Saudi-Arabia.

The letter we sent to the G20 Finance Ministers and the G20 Working Group on Corruption also makes a series of recommendations on each area covered by the Action Plan to make it even better. For example, there needs to be provisions on how to hold banks and offshore financial centres accountable for knowing their customers and for refraining from accepting corrupt money.

It’s great that the debate around stolen assets is now heating up. With their swift action of freezing assets of two dictators fallen in disgrace, banks in France and Switzerland have been able to portray themselves as the good guys. However, the recent discussion in the media has overshadowed the question why banks have accepted these assets in the first place.

Basically, banks should enforce a “know your customer” policy. It’s part of the UNCAC requirements but there have been few moves to ensure banks do the requisite due diligence on who is really opening accounts and where the money comes from. I think it is quite legitimate to ask whether banks that accepted assets from dubious sources shouldn’t be penalised?

And then there is the question of the interest earned on these frozen accounts. In order to avoid the ethical dilemma of banks profiting from frozen (possibly illicit) assets, one of the joint civil society recommendations is to create escrow accounts managed by independent third parties, i.e. the World Bank and / or Regional Development Banks and to ensure swift transferral of frozen funds to these accounts.

And we are not talking about ordinary savings accounts. A report by Global Financial Integrity released in January 2011 found that Egypt is losing more than US$6 billion per year – US$57.2 billion in total from 2000 to 2008 – to illicit financial activities and official government corruption. The repatriation of assets illicitly transferred from Egypt could provide much needed funds for development in a country where 40 per cent of the population lives on less than US$2 a day.

My colleagues over at the Whistleblower Network also wrote about this issue here (in German).