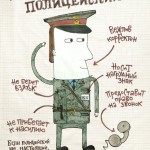 Visiting Russia is bound to be an interesting experience for an American who lived through the Cold War. And this past week, my first trip to Moscow, has not disappointed. From the thrill of Red Square and the city’s varied architecture to the surprise – to me – appearance of countless soldiers and tanks gathered in preparation for the annual World War Two Victory in Europe parade, Moscow unfolds in layers. The work of TI Russia is not dissimilar – with its work approach reflecting the myriad complexities and opportunities that characterize Russia today.

Russia has a reputation for many things, from star athletes to oil magnates, and this applies to perceptions of corruption as well. When I meet diplomats, business people, journalists in Moscow, the first thing they ask me is: Why is there so much corruption in Russia? How do you fight it? Indeed, where do you begin?

This is a task that TI Russia takes on with smarts, the enthusiasm of youth, creative problem-solving and a lot of guts. Not least their work requires a sense of humour.

This summer, the chapter will offer a summer school; its acronym is the Russian word for noodles (ЛАПША (Лаборатория Антикоррупционной Политики – Школа Антикоррупции). The noodles name is a source of fun for the chapter, and this levity makes a hard task easier for the 40 or so staff of TI Russia, who are spread across four offices in this enormous country. For Elena Panfilova, Director of TI Russia, this most human of elements adds to the sense of mission that motivates the team in the face of massive obstacles.

A sense of humour doesn’t mean the work isn’t serious, however. A year ago, TI Russia set up an anti-corruption laboratory at the Higher School of Economics, Russia’s premier university for studying economics. The laboratory students have created a database of all asset declarations made by the 450 or so Russian MPs, a requirement since legislation was adopted in 2007 whose results have neither been verified nor published systematically by the government. Via its research, the lab has exposed dozens of cases of unexplained wealth among the political classes, which is just the tip of the illicit enrichment iceberg. According to TI Russia, there is no coincidence that the only aspect of the UN Convention against Corruption that the Russian government has yet to ratify is Article 20, which criminalizes illicit enrichment by public officials. Indeed, the chapter has started a campaign around this issue.

TI Russia also uses a network of young activists to promote anti-corruption efforts using social media, such as online maps of alleged corruption around the city of Vladimir, west of Moscow

Similar innovative campaigning promoting a cartoon online helped the chapter get important amendments made to a recent police law: Russian police, viewed as the most corrupt institution, must wear a badge to identify themselves, and every citizen is entitled to a telephone call if arrested. 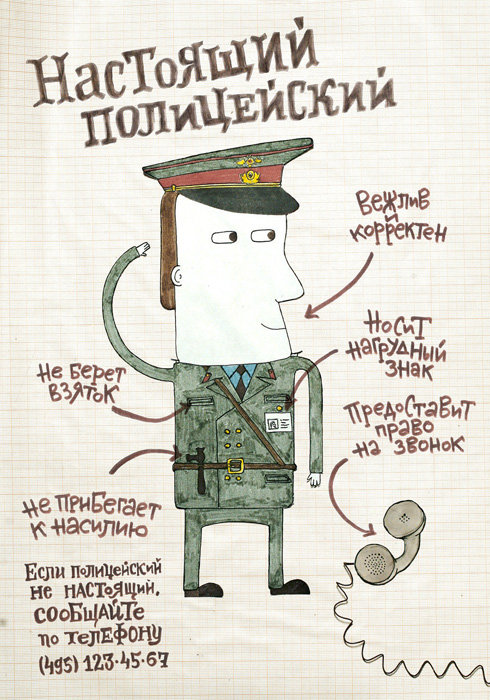 TI Russia entered their “Real Policeman” cartoon into a national social advertising contest. The arrows are characteristics such as “is nice and polite” “wears a badge”, “does not take bribes”, as well as a phone number to report corruption

In a country where journalists and lawyers have lost their lives investigating corruption, including the famous case of Sergei Magnitsky that remains prominent in the public eye but unresolved, TI Russia walks a fine line every day.

By interacting with a vast network of like-minded activists and scholars, TI Russia believes it has the public on its side. This gives them space to operate – and a voice that is heard.