Will EU politicians deliver on code of conduct promise? 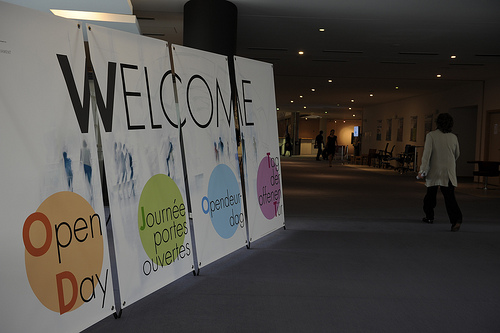 On Tuesday 31 May the EP held one of its ‘exchange of views’ discussions between civil society interest representatives and a working group of 10 MEPs tasked with drafting a new EP Code of Conduct that would – hopefully – address these areas and close the loopholes revealed by the cash-for-amendments scandal.

The discussion was fruitful in gauging the working group’s current state of play. The MEPs expressed general agreement and legitimate concern about ways to counter bribery and other corrupt practices; the working group intends to go as far as best practices across EU Member States; the major fault lines of action have been identified; but there remain differences of opinion on the content, scope and implementation. There is ultimately a risk that proposals for a new Code of Conduct might be watered down.

We focused our intervention on seven key areas which are essential for genuine reform and the prevention of corruption. The new Code of Conduct should include provisions for:

In response to our interventions the working group discussed different ways of operationalising and protecting against the ‘grey areas’ – explicit policies on bribery, conflicts of interest, and gifts and hospitality, establishing a ‘legislative footprint’, and the form and function of the Ethics Committee. In these grey areas, wide differences emerged.

The efficacy of including a direct, explicit ban on bribery was challenged as the EP, unlike national parliaments, is not bound by a national criminal code. For example, the UK Parliament Code of Conduct explicitly declares that the acceptance of bribes is contrary to the law of Parliament, but the EP has no corresponding law. Formally speaking the EU is a signatory of the United Nations Convention against Corruption (UNCAC); however it is unclear to what extent the EU institutions fully implement the Convention and whether Article 16 – on Bribery of foreign public officials and officials of public international organizations – applies to MEPs. In any case, Codes of Conduct do not carry the power of law (but refer to criminal law), and are most useful to provide internally enforceable rules and also guidance as to ethical behaviour.

Further, some reluctance was expressed at assuming the greater administrative burden required by detailed declarations and a legislative footprint – which ultimately tallies the details of all contacts with lobbyists in the creation of amendments and reports. There was also confusion as to what might constitute ‘contact’ in this regard. This is a legitimate concern, especially as MEPs can quite literally bump into thousands of perceived contacts on a Thursday evening in Place du Luxembourg – a popular watering-hole among lobbyists and Eurocrats alike – and ultimately it is at the discretion of the individual MEP as to whether any external discussion has altered or influenced his position. However it is puzzling that there would be any coherent opposition, seeing as one month ago the Parliament endorsed a proposal for a “legislative footprint annex” to reports drafted by MEPs.

Are these differences of opinion potentially a barrier to progress? Yes – as with many aspects of corruption, the devil is in the details. However we should not let this political and bureaucratic process lose sight of why the EP needs a coherent Code.

While no silver bullet against corruption, a Code of Conduct is integral to ensuring that both MEPs and the European public are fully aware of the ethical standards expected of them, to prescribe actions and transparency in order to reduce the possibilities of conflicts of interest and bribery, and also to ensure that any breaches of the code are dealt with swiftly, transparently and fairly.

The coming days will offer further opportunities for progress. Prior to the exchange of views, the EP working group provided all interest representatives with an extensive list of questions as to the technical details of the Code. We will draft our answers and submit them to the group, and continue to work towards creating a robust, enforceable Code. EP President Buzek expects the working group to be finished by the end of June, in time for the summer recess. The clock is ticking.