G8 short on accountability when it comes to aid

The recent meetings in Deauville, France , which brought together the world’s eight leading industrialised (G8), did not score well when it comes to accountability.

First, there was a problem of the accountability reports that member countries produced ahead of the Deauville summit. While the reports are an important step forward, they show the problem of what happens when there is no standard to produce them. For example, the report on aid was criticised by Oxfam, ONE and others for showing supposedly misleading numbers of what donors had been giving. The reported reason: to make them look like they were not failing to meet their own aid targets.

This point leads to the second problem. G8 countries are off-track on accounting for past promises made at previous summits. The most recent summit in France produced the Deauville declaration. While full of words, it failed to move forward actions to meet past commitments, including those on fighting corruption, providing aid and supporting development. 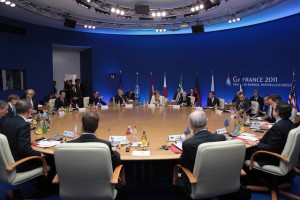 All of these issues are critically important this year. In October, signatories to the UN Convention against Corruption will meet in Marrakech, Morocco, to see how countries are complying with what they signed on to. Yet two G8 countries still are not signatories: Germany and Japan. Their absence on the list need of convention backers need to be corrected and now. With some G20 countries such as India having recently ratified the Convention and Saudi-Arabia giving some positive signals, the 2 old G8 countries certainly do not want to be seen as laggards.

When it comes to aid and development, key actors will be on hand at the High Level Forum on Aid Effectiveness to be held in November in Busan, South Korea. This year marks the end of current global aid agreements and everything is on the table. Advocates, such as BetterAid, are counting on the meeting to lead to commitments on aid that is transparent, accountable, and which promotes citizens’ rights, among other key areas. Unfortunately, the Deauville Declaration suggests that aid and development are no longer part of the G8 priorities.

Yet the G8 missteps at Deauville can still be corrected. G8 countries will assemble again in France when they meet as part of the Group of 20 countries in November. This broader platform of countries offers a second chance for governments to put into action their promises on anti-corruption and aid. Let’s hope that they use it.