Some of the most cutting edge work in anti-corruption is being carried out by a small group of NGOs engaged in public interest anti-corruption litigation. Among these, a few have taken legal initiatives in France and Spain to trigger criminal investigations of assets of some African dictators.

In some countries high public officials are plundering public wealth and neither their own law enforcement systems nor those in other countries are doing anything about it. In that case, legal action by civil society organisations and individual citizens may be the only solution to defend the public interest and public wealth.

So it was with great interest that I travelled to Paris on  Monday 20 June  for a meeting held by one such NGO, SHERPA. This small French NGO is famous among anti-corruption insiders for a landmark champagne-worthy legal victory last November 2010.

The French Supreme Court (Cour de Cassation) overturned a lower court decision and found admissible a 2008 complaint filed by Sherpa and TI France calling for an investigation into the origin of luxury assets held in France by the presidents of Gabon, Congo and Guinea. TI France was considered to have a direct interest in the determination of these facts, meaning that its criminal complaint was admissible. This in turn allowed the appointment of an investigating judge and the opening of a judicial inquiry. 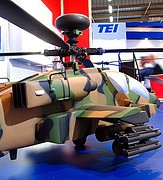 Why the meeting in Paris? One of the opening speakers said wryly that this meeting of anti-corruption practitioners represented a small counterweight to the Paris Air Show that was under way this week in Paris. More concretely, the meeting aimed to promote more civil society initiatives like SHERPA’s in France and to share experiences from around the world. Among the organisations present at the meeting were representatives of Transparency International, the International Bar Association, Basel Centre on Asset Recovery, Aktion Finanzplatz Schweiz and the Italian NGO Libera. Also present were private practitioners and academics who have contributed to SHERPA’s 13-country survey on the legal framework for bringing CSO actions.

The biggest news of the day was from Ugochi M. Okpe of the Nigerian NGO Socio-Economic Rights and Accountability Project (SERAP). SERAP won a landmark victory in November 2010 at the ECOWAS Community Court of Justice. They had argued that the right to education in Nigeria had been breached due to massive corruption and mismanagement of public funds allocated for education. They referenced the African Charter on Human and People’s Rights, including Article 17 guaranteeing the right to education.

The landmark ECOWAS Court’s judgement found that the Nigerian government was obliged to provide Nigerian children with free education and had the obligation to ensure that this right was not undermined by corruption.

The Court also found there was some evidence that public funds for education had indeed been embezzled. Ugochi told us that in March 2011, SERAP had asked the ECOWAS Court for a writ of execution to secure the full and effective implementation of its judgement. Watch this space for more groundbreaking steps.

This is not the only NGO complaint to an international body alleging corruption-related human rights violations. Ken Hurwitz of the OSI Justice Initiative in New York City flew over for the meeting and, together with representatives of the Spanish NGO Asociacion pro Derechos Humanos in Espana, updated us on their complaint about Equatorial Guinea to the African Commission on Human and People’s Rights. They argue that the diversion of oil wealth in that country violates individual and collective property rights protected by the African Charter on Human and People’s Rights. How can you disagree with that logic? The Commission has so far affirmed the NGOs standing in December 2009. Since then the Commission has continued to defer a decision on the admissibility of the case including most lately at its May 2011 session. So it’s a waiting game in this politically sensitive case.