Why do citizens sell their vote?

21 October 2011 in Europe and Central Asia, Politics and government

This weekend Bulgaria holds its presidential and local elections. Diana Kovatcheva, Executive Director of Transparency International Bulgaria, writes about their new report that has been making waves with concerns that vote-buying is an all too common practice.

Transparency International Bulgaria has been monitoring the transparency of election campaigns for ten years (see our last report here). During this time we have seen that attempts to manipulate elections’ results through vote buying, corporate pressure over voters and other illicit tactics are all too common. The survey we carried out this October and published this week shows that many Bulgarians also feel that their elections are tarnished by corrupt practices. 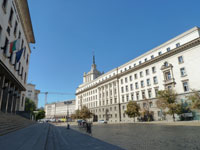 There is a stable tendency of some 12% of the voters to be ready to sell their vote (the results are similar to those of our survey during the 2009 parliamentary and European elections).

According to the survey less than 14% of respondents share the opinion that the funding of the election campaign is sufficiently transparent. A considerable number of respondents think that it is acceptable to vote if they receive money for the vote, because this looks like a common practice in Bulgaria (14%), because everything costs money (10%) or because it is all the same for whom you cast your vote (18%).

Why are people so willing to sell their vote?

For some 58% of the respondents poverty is among the most common reasons for selling one’s vote. 75% of respondents, meanwhile, are convinced that the future mayors will be influenced by their campaign funders.

How are elections manipulated? The survey indicates clearly the different forms of manipulations of the votes: vote buying, 10% of the respondents declare that they or a friend of theirs was offered money to vote for a particular party or candidate; and controlled vote (corporate pressure vote), 10% will vote for a particular candidate because he/she is afraid of losing their job.

According to our survey the index for transparency of the elections  is only 3 out of ten (where 0 is lack of transparency and 10 is close to full transparency).

To try to improve the situation in this year’s electoral campaign we invited all 18 presidential candidates to sign up to let us monitor their campaign spending and donations.

Only 6 presidential candidates agreed. It seems that not all politicians are ready to tackle corruption, and the result is a very low level of transparency of the campaign in terms of financing.

Transparency International Bulgaria has mobilized and trained 615 volunteers to monitor the presidential and the local election all over the country. They will report any infringements and attempts to manipulate the vote on the hotline of our legal advice centre (0800 11 224). The reports from the hotline will be send to the Ministry of Interior according to an agreement signed on 11  October 2011.  The agreement shows commitment to cooperate with civil society and to address immediately the reports on vote buying and other election crimes.