Sri Lanka: engaging people in the fight against corruption

In post-conflict Sri Lanka, gains in security and safety during the past 18 months following the declared end to the war with the Tamil Tigers, have not been accompanied by advances in governance and transparency. New laws have not been enacted and entrenched attitudes towards corruption remain unaddressed.

This is the finding of a new report on the effectiveness of the country’s national anti-corruption efforts and institutions carried out by Transparency International Sri Lanka (TISL).

The report aims to keep corruption high on the agenda among the country’s leaders, with a view to enhancing integrity in public institutions, through reinforcement of parliamentary democracy and autonomy of oversight institutions, for example.

Engaging people to keep anti-corruption high on the agenda

While pressuring government for anti-corruption reform, TISL is also raising public awareness of the problem. Last month, it worked with Pradesheeya Sabha (local authority) to organise an exhibition to foster anti-corruption awareness in civil society. 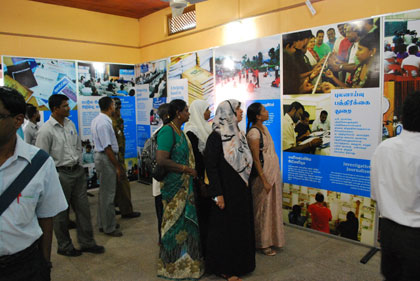 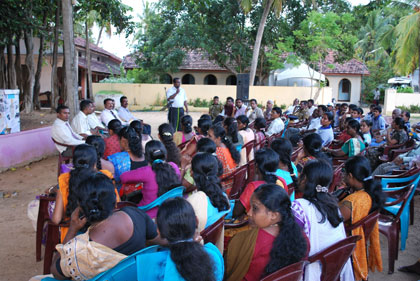 A public talk at the exhibiton. TISL’s report warns that freedom of association is yet to be fully restored. 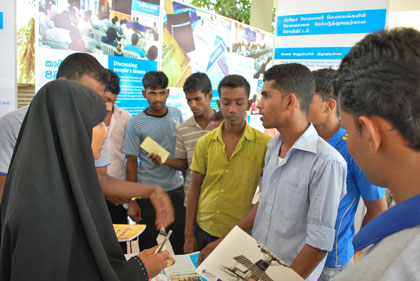 The exhibition served as an opportunity to highlight the work of TISL and reach out to communities. TISL handed out over 960 copies of its citizens handbooks in Tamil. 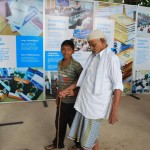 16 organisations, many of them government departments, participated with each having their own stall and information material on display. 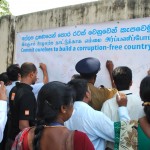 Visitors could show their support for the fight against corruption by signing large posters. 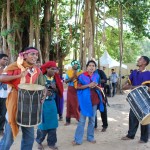 For entertainment there was a street drama group, a puppet show, interactive games, an art competition, archery and some food outlets. 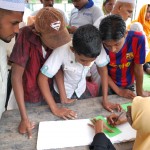 There was a raffle with a small corruption survey that helped to gather the key corruption issues and people’s recommendations. TISL’s own recommendation is to pass a Right to Information Act.