Rachel Fisch, Projects and Administration Manager at TI-Israel, talks about the movement towards more transparency and ethics in Israel’s sports organisations. 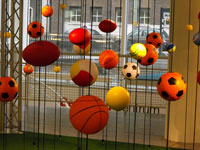 We just held a conference that evoked a great deal of interest in the sports media, since many of the sports associations’ leaders expressed their concern about recent demands by Israel’s sports minister, which they fear constitutes government interference in sports.

The conference took place at Tel-Aviv University on the 5th of October; it was held in collaboration with the Ethic Center in Jerusalem and was attended by senior officials in the field of sports, the president of the Israeli Olympic committee, the Chairman of the basketball union as well as a former supreme court judge.

The Israeli Sports Minister, Limor Livnat, spoke at the conference and addressed the Sports Ethics code that was formulated by the Ministry of Sports and called upon the sports associations’ leaders to adopt the code or to formulate a similar code and implement it in their organisations.

Livnat stressed that she will act to stop the flow of financial resources to organisations that will not adopt codes of ethics and transparency. In addition, Livnat suggested that sports organisations should reveal their financial reports to the public, even if they are not obligated to do so by law. Interestingly, Livnat’s proposals were very similar to our FIFA recommendations.

The conference was also a chance for Galia Sagi, director of TI – Israel to present the FIFA report and invite all sports associations and groups in Israel to adopt the principles presented in the report and to instill ethical practices and transparency in the various sport organisations.