A new chapter for governance & development? Warsaw, Busan and Beyond

From Warsaw to Busan, governance is being touted as key to development.  But what does this mean for anti-corruption? Transparency International’s Craig Fagan and Benjamin Norsworthy report.

December has been a busy time for policy wonks and practitioners who are hectically debating development’s flavor du jour: governance.

Heads of state and civil society leaders are gathered in Warsaw this week to talk about bringing democracy to development as part of the sixth installment of the European Development Days (EDD).

The event, sponsored by the European Commission and the Presidency of the EU Council (currently Poland), focuses on how democracy, human rights and rule of law are the bricks and mortar for building development partnerships between the European Union and the countries receiving its aid money. Such a discussion could be a key game changer for development: at present, the European Commission and EU member states account for more than 50 per cent of all global aid flows.

The governance shift within development circles has put corruption, transparency and accountability among top policy concerns. Cameroonian lawyer and anti-corruption activist Akere Muna, one of Transparency International’s own, was invited to kick off the EDD’s opening ceremony. Akere spoke of the need for governments to listen to their citizenry; events of the last twelve months have driven citizens’ quest for accountability to the fore. 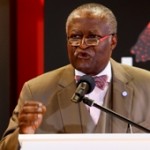 Both Akere and Iranian-born Nobel peace laureate Professor Shirin Ebadi posed the same question: in spite of the prioritisation of accountability and governance in its external policy, how complicit has the EU been in supporting undemocratic and unaccountable regimes? Professor Ebadi held the room when she questioned the relationships, trade and otherwise, that still exist between the EU and the world’s dictators. Her message was simple: the EU must stop accepting dirty money.

The EU’s renewed commitment to good governance is echoed in its Agenda for Change strategy. Released by the European Commission in October, it sets out how the EU can promote economic and social development by targeting its aid to fund human rights, participatory development and other key elements of good governance.

Yet taking governance to be the trigger for development is a trend that has gone beyond Warsaw and the EU.

The same discourse was heard in the corridors and plenary meetings of the Fourth High Level Forum on Aid Effectiveness, which ended on 1 December in Busan, South Korea. Hillary Clinton, the US Secretary of State, spoke there of the importance of strong institutions in countries and being accountable on both sides of the aid equation.

She announced that the US would join the International Aid Transparency Initiative (IATI), a common aid reporting standard now covering more than three-fourths of all official donor flows.

The resulting agreement struck at Busan, known as the Busan Partnership for Effective Development Cooperation,included strong promises on governance themes: implementing the common reporting standard and ensuring aid transparency (paragraph 23), making transparency and accountability the foundations for development (paragraph 11d), and guaranteeing a zero tolerance of corruption (paragraph 33). Other pledges were made on human rights (paragraph 22),democratic ownership (paragraph 12) and securing an enabling environment for civil society (paragraph 22a).

The agreement even brought countries such as Brazil, China and India into the fold, placing their South-South cooperation activities under this common partnership. Yet critics still see Busan as a mixed win since a more progressive development agenda was curtailed earlier on in an attempt to get these new donors to the negotiation table.

While governance was touted highly in the Busan partnership, the jury is still out for what this will mean in practice. The entire governance framework that will oversee the new partnership will only be decided six months from now – in June 2012.