Blowing the whistle in Central America: not as easy as it sounds

In Latin America, whistleblowing has become a crucial issue in the fight against corruption. The term refers to those who report to the authorities or other responsible parties when they witness wrongdoing. Whistleblowing is often a valuable means of shedding light on instances of corruption and malpractice that may otherwise slip beneath the radar. 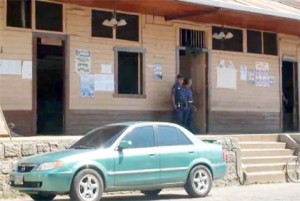 But the decision to ”blow the whistle” is highly dependent on national and political contexts. Whilst there are some international commonalities, the challenges and consequences that come with blowing the whistle vary greatly from region to region, with some societies offering far more support to whistleblowers than others. Often, the societies where corruption is perceived to be most prevalent are those that are least accommodating to whistleblowers, creating a vicious cycle of unchallenged corruption.

Central America offers one example of a region in which whistleblower protection needs far more attention. The issue is particularly sensitive here for a number of reasons, both political and cultural. Firstly, the prevalence of organised crime and violence means the security risks that come with whistleblowing are particularly high.

A strong example can be seen in a case of nepotism reported to the Guatemalan chapter of Transparency International, Accion Ciudadana. Mynor* wanted to report the case of his local mayor who – in a region with high unemployment rates – employed a large number of family members including his wife and children to work in his office, breaching Guatemala’s 2002 anti-nepotism law. But when our chapter tried to help Mynor report the case to the authorities, he gained serious unwanted attention. En route to the capital, he was pulled off a bus by armed men, bundled into a car and taken into the woods where he was robbed and told to abandon the case. On another occasion, he was confronted by masked men with guns who threatened to kill him if he caused ‘any more trouble’. Despite this, Mynor stood by the case and after investigation the Comptroller General’s Office actually called for the removal of five of the mayor’s closest relatives from office.

While there was a positive outcome, Mynor’s story doesn’t offer much incentive to others to report on corruption, for fear of being met with similar kinds of intimidation. You can watch an interview with Mynor about the ordeal, and the support he received, here:

Latin America is often characterised as having a ‘collectivist culture’ epitomised by the crucial role that family, close friends and local community play in the lives of individuals. As a result, the role of legal institutions and government officials is seen very differently from those in more individualistic societies. Public entities are often viewed as separate from ‘normal life’ and met with far more skepticism than in, for example, OECD countries where there’s an implicit understanding that institutions like the police or the judiciary are there to service you, the individual. Add to the mix the high rates of corruption pervading many official bodies – as highlighted by Mynor’s case and reflected in the 2011 Corruption Perception Index, where the majority of countries in the region scored poorly – and we can see that Central America provides a difficult environment in which to blow the whistle.

So, how to overcome the obstacles to reporting corruption in the region? At the recent civil society-led Central American and Dominican Republic Forum for Transparency this question was placed high on the agenda. Many participants were keen to flag that high-level commitments made by governments were simply not being followed through. Civil society reviews of the implementation of the Inter-American Convention against Corruption, which contains significant provisions related to whistleblower protection, indicate that a majority of state parties are not taking the obligation seriously at all. And even one of the most internationally recognised anti-corruption mechanisms, the UN Convention against Corruption, seems to be having limited impact.

This is precisely why open spaces for regional dialogue and exchange across sectors are so important. They are an invaluable way to keep such complex issues on the agenda, monitor progress and develop innovative solutions that may create real change. Below are a series of recommendations from the Forum’s whistleblowing session. It was agreed that we must:

And it was stressed that we look beyond the formal, legal frameworks to other tools and mediums that address the issue in a more holistic way, such as:

With such recommendations provided by a strong and vibrant anti-corruption community led by civil society, it is now up to governments to go beyond their limp promises and lend full support to implementing the necessary infrastructure that will allow their citizens to blow the whistle loud and hard if the need arises – without fear of what may happen next. Hopefully, this will start to nurture a culture where the authorities are seen as part of the collective and not external to it.

* All names have been changed to protect the security of the individuals.