If you don’t know how to fix it, please stop breaking it

“If you don’t know how to fix it, please stop breaking it,” was the press headline when Severn Suzuki addressed heads of states in Rio de Janeiro in 1992. She was twelve years old, at what was then the world’s biggest ever political gathering. In an impassioned critique of unfettered industrialism, Severn lamented the decline of the natural world, and the many injustices that man has wrought upon it. “I’m fighting for my future,” she said. 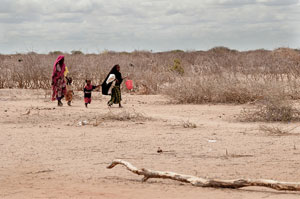 Two decades have since passed and a child could still give the same speech. Perhaps they will, in two months’ time when world leaders will again descend on Brazil. The UN Rio+20 Conference on Sustainable Development will serve as both an appraisal of progress (or regress) made during those twenty intermittent years, and a renewed study of how best to tackle poverty and forge the transition to a green economy.

Sustainability is one of those clumsy words that is flung about but eludes most of us. At its core, it means preserving our planet so that future generations can live safely and happily on it. One of the triumphs of the 1992 UN Earth Summit was that for the first time world leaders jointly and publicly acknowledged that sustainability was not a conundrum for environmentalists alone, but required serious thought about we how develop economically and socially.

So how does Transparency International fit into all this? Corruption is the antithesis of sustainable development. It gets in the way of free education, blocking a potential ticket out of poverty. It can mean that people lack access to clean water or a toilet, or die in child birth at home because they can’t afford hospital bribes.

As climate change proceeds along its perilous path, the cost of corruption on development is heightened not just in poorer countries but in all countries. In other words, if money intended to guard us against extreme storms, droughts, floods and freezing temperatures is lost to corruption, we’re all in serious trouble.

It’s worrisome then that corruption hasn’t yet made it onto the Rio+20 agenda. The word doesn’t appear once in the ‘Future We Want’ document that Rio+20 negotiators are currently crafting; a series of non-binding international resolutions to be published as the conference concludes. Particularly in this age of hyper-securitization, it seems untenable that a sustainable development framework might fail to address such a grave threat.

Also conspicuous in its absence from the document is any talk of climate finance. This is absurd given that by 2020 climate finance may amount to US $100 billion per year in investment, representing unprecedented quantities of developmental funding.

As negotiators meet in New York on April 23rd for a final round of informal talks before Rio+20 begins in June, we’ll be pushing for these twin considerations (corruption and climate finance) to be explicitly and satisfactorily addressed.

We want all institutions that channel climate finance to commit to full transparency in decision-making processes and spending allocations. Accountability is a huge problem in climate financing. It is often unclear who (a person rather than an organisation) is responsible for choosing how and where climate money is spent, meaning people aren’t always answerable to their actions. Clear roles and responsibilities are needed, together with legal and administrative procedures to determine liability and penalties in cases of wrongdoing. Independent oversight is also integral to any anti-corruption strategy. Oversight bodies need to be staffed by salaried, qualified professionals who can prove that they have no personal stakes in carbon markets, offset or adaptation projects or climate negotiations. Involving local communities in the planning, prioritisation and monitoring of climate projects will also help guarantee that funds ends up where they should.

In a bid to help ensure this, a number of our national chapters have sent letters and policy recommendations to their Rio+20 delegations, together with the changes we want to see made to their outcome document. Why don’t you send them to yours?  By tackling the problem as part of the solution we can help make sure that sustainable development and the means of financing it are better cushioned against corruption. It’s our future we’re fighting for after all.