A bribery scheme to win market dominance in Mexico?

Over the weekend, the New York Times alleged that Wal-Mart deliberately hid investigations into bribery practices at the company’s largest foreign subsidiary, Wal-Mart de Mexico. Wal-Mart is Mexico’s largest private sector employer with currently 209,000 employees. Allegedly there is a paper trail that includes hundreds of suspect payments worth more 24 million USD in total. 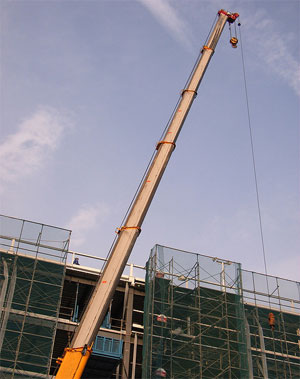 The allegations go back to 2005, when a former Wal-Mart de Mexico executive described in an email to one of Wal-Mart’s senior lawyers how the company operated a bribery scheme in order to secure construction permits in virtually every corner of the country. Still, according to the New York Times story, the executives at Wal-Mart headquarters were more interested in damage control than amending the situation in ethical and legal terms. Supposedly, the story said, Wal-Mart shut down its internal investigation despite a report stating that both Mexican and U.S. laws were likely violated, in order to accelerate the company’s rapid expansion in the country.

Eduardo Bohorquez, Executive Director of Transparencia Mexicana, Transparency International’s National Chapter in Mexico, calls for the Mexican government to probe Wal-Mart as international conventions obligate the country’s government to get involved although only local officials have been mentioned in the allegations. “The laws in Mexico and the United States relating to bribery are in effect, so the practices (of legal business) should be the same in both countries,” he said in an interview with the Associated Press yesterday.

Wal-Mart would not be the first US company to be investigated for illicit payments in Mexico. Only last month Mexican authorities revealed that a US aviation company was under scrutiny for bribery allegations.

Yet, a recent TI report shows that there is little or no enforcement of the OECD Anti-Bribery Convention in Mexico. Among others, there is inadequate whistleblower protection as well as inadequate criminal and corporate laws to hold parent companies responsible for bribery in foreign countries by subsidiaries.

In Transparency International’s 2011 Bribe Payers Index which ranks the likelihood of companies from leading economies to win business abroad by paying bribes, the US scores 8.1 and Mexico 7.0. These figures show that foreign bribery is still an issue to tackle in both countries. Only China and Russia ranked behind Mexico. Also public sector corruption is perceived to be rampant in Mexico. The country scores 3 and ranked 100 out of 183 countries in the 2011 Corruption Perceptions Index.

According to Transparencia Mexicana, corruption is on the rise in Mexico. The 2010 National Index of Corruption and Good Governance released in May 2011 shows that households paid bribes in over 10 per cent of cases when accessing a range of public procedures or services. In 2010, the estimated costs of this form of corruption exceeded 32 billion pesos (approximately 2.5 billion USD). This represented an additional ‘tax’ of more than 14 per cent of an average Mexican household’s income.

Sadly, as Eduardo Bohorquez says, this figure jumps even more when big corporations try to operate in Mexico’s highly federalised states, each of which has its own set of rules on how to set up a business or lease property. Now is the time for both Mexican and US officials to step up.