Truth or consequences? The problem with settlements and the World Bank’s debarment of Alstom units

While the year-long allegations of misconduct against the Alstom Group (ALO) have led to some significant consequences for the company – US$ 9.5 million worth of them – a lot of questions about what happened remain.

At the end of February, the World Bank decided to debar two Alstom subsidiaries for three years and agreed on a Negotiated Resolution Agreement worth US$9.5 million in restitution payments with respect to its conduct in Zambia. However, because of the nature of the settlement, the company has not had to publicly disclose the nature and scope of the alleged activities. There is currently a campaign in Zambia for the local anti-corruption commission to investigate and release the name(s) of the person(s) involved. 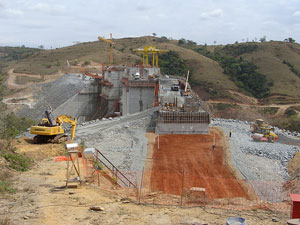 The current claim against Alstom by the World Bank dates back to 2002. In that year, according to the World Bank, two Alstom subsidiaries made improper payments of 110,000 Euros to a former senior Zambian government official and his consultancy company for work that was done as part of a World Bank-financed hydropower project in the country. The World Bank classified the payments as ‘improper’ given the allegations of different connections and conflicts of interest involved.

The World Bank’s decision has consequences beyond its headquarters in Washington, DC. A cross-debarment agreement with other regional development banks, signed in April 2010, means that the two blacklisted Alstom units will not be able to go after contracts with these entities, including the Inter-American Development Bank and the Asian Development Bank. The European Investment Bank is absent from the cross-debarment agreement although there is a current push to get them to sign-on as well.

But notwithstanding Alstom’s punishment, we still don’t know what exactly happened. Furthermore, does the punishment match the alleged misconduct?

Perhaps there will be further legal action taken against Alstom in Zambia, France or in Switzerland.  But for now, the Anti-Corruption Agency in Zambia has not undertaken a legal investigation against the former official reportedly involved. There still is no word from the other two governments.

Why is disclosing the facts that gave rise to the penalties so important? The French multinational company operates in over 100 countries and works on billion dollar energy and transport infrastructure projects.  Both sectors pose a high risk for corruption as per Transparency International’s Bribe Payers Index. Companies working in public works and construction projects, for example, are seen as the most likely to bribe based on a survey of more than 3,000 business executives in 30 countries.  What can be done to protect against further bad conduct?  Until we know all the facts, we will not be able to answer these questions.

This is not the first time Alstom finds itself the target of bribery allegations. In mid-April the European Bank for Reconstruction and Development said it was suspending payments to the company while it looks into allegations of corruption surrounding a project in Slovenia.

In November 2011, an Alstom subsidiary was ordered to pay CHF39m (nearly US$ 43 million) in fines and compensation as part of a long-running corruption case in Switzerland stemming from the company’s conduct in projects in Latvia, Malaysia and Tunisia. Alstom may take comfort in the fact that the prosecutors could not find evidence of systemic large scale corruption at the company, even though they were sanctioned for “corporate negligence” and  not doing enough to prevent corruption.  Without knowing what exactly has happened, it remains impossible to make an assessment of whether this is a fair settlement.

A number of corruption allegations and countries, where investigations against Alstom subsidiaries have taken place, have been covered by the media quite closely. The Wall Street Journal had published several articles in 2008 which looked at alleged payment networks to bribe public servants. Alstom lodged a libel complaint against one of the journalists who wrote the Wall Street Journal articles. However, the complaint was later dismissed by a French criminal court in Paris on March 3, 2011.

Alstom has also been investigated in Norway by the government’s Council of Ethics for alleged misconduct and corruption in different countries dating to the 1990s.  The investigation was done to assess whether Alstom stock could continue to be held by the Norwegian Government Pension Fund based on its ethical investment criteria. As result of the report, the Ministry of Finance decided to “put Alstom S.A. on its observation list due to risk of gross corruption in the company’s operations”.

Still, company officials continue to assert that corruption is not a problem in the company.

It is in the public interest, the energy sector and Alstom itself that the complete picture of what happened in Zambia be known.