Uncontrolled and unchecked spending and a culture of money politics can disrupt the proper functioning of Malaysia’s political system. For example, Transparency International Malaysia’s research on political financing shows that the party leading the ruling coalition held assets of more than EUR 350 million in 2004. The EUR 50,000 limit on campaign spending is rarely followed, as parliamentary candidates typically spend EUR 120,000-250,000 during election campaigns. 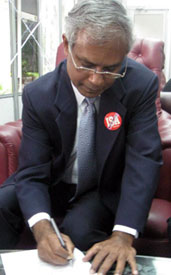 As Malaysia’s General Elections loom close (they must be held by June 2013), it is vital to take action to ensure that the rules and regulations are strictly implemented and transparency achieved at all levels of political financing. This is essential, not only to achieve a norm of integrity and accountability in government, but also because loopholes in legislation, such as the absence of a limit for political party donations, can be an open call for political corruption.

TI-Malaysia has launched the Election Pledge initiative, encouraging hopeful candidates of the 13th General election to make a public declaration of their commitment towards “observing the principles of truth, integrity, accountability and ethical conduct” both during the elections and after being voted into office. The purpose of the pledge is to recognize that it is the responsibility of every candidate to fight corruption, practice good governance and uphold the rule of law. The pledge also emphasises the crucial role citizens play in monitoring their politicians by providing a platform where the public can monitor and comment on candidates’ performances.

This pledge comes at a vital time, as we are now, more than ever, living in an age of growing public awareness of the devastating effects of corruption, and in a time when public anger and the will to fight corruption is widely felt. The increasing involvement of civil society in fighting corruption will spur the public to be more vigilant in monitoring the performance of their leaders.

The voluntary pledge requires candidates to open a social media account (such as Facebook or Twitter) in order to promote direct communication and interaction between politicians and civil society. This initiative is an important step towards enhancing transparency, integrity and accountability in a country where there is currently no set limits for donations to political parties and individual candidates, nor requirements to publicly disclose such contributions.

Y.B. M.Kula Segaran announces on his Twitter feed that he has signed the Election Integrity Pledge.

Since its launch on March 19th, five members of the Malaysian Parliament (two government members and 3 opposition members) have signed the pledge. Many more pledges are expected as the election draws closer and the nominees for candidates are finalised.

TI-Malaysia has continuously demanded greater transparency and full public disclosure of assets of elected and public officials. Ranked in 60th place between Saudi Arabia and Cuba on Transparency International’s 2011 Corruption Perceptions Index (CPI), corruption, particularly elements of state capture which facilitate “grand corruption” are still prevalent in the Malaysian political sphere. According to Malaysia’s 2010/2011 Corruption Barometer, the public perceives political parties as being among the most corrupt institutions, followed by the parliament and legislature. 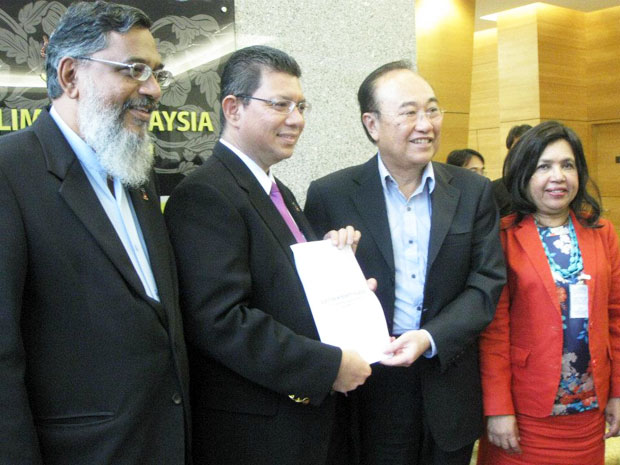