Codes of conduct: a tool to clean up government?

19 July 2012 in Accountability, Politics and government

The following post is one in a series of blogs that will focus on codes of conduct over the coming weeks.

The posts will look at the key features of a code of conduct, their different applications in different country contexts, the public officials that they cover, and their overall effectiveness.

Most importantly, they will delve deeper into what is needed to ensure that the codes don’t become politicised and function as intended: getting public officials to behave better and catching them when they don’t.

The posts, when put together, aim to help citizens, communities, and public officials better understand the benefits and challenges of using codes of conduct to build the overall integrity of a government and country – creating a rule book for what we expect from those in the public’s service.

Setting a high bar for conduct

How does a UK member of parliament come to claim a 2,000 euro duck house as a legitimate expense associated with his legislative duties?

Be sure to read our related feature article, ‘Calling out public officials on corruption: Codes of conduct‘

The costs, revealed in a newspaper’s investigative expose in 2009, were one of many charges that members of parliament and other government ministers had passed off to taxpayers for duties performed in the public’s service.

While many of these expense write-downs did not violate any criminal law, they certainly crossed the boundaries of good ethical behaviour on the part of public officials.

Setting such clear limits for conduct is one of the main benefits provided by a code of conduct.

Some of the areas most often covered in national codes of conduct are:

Some of these topics are more principled and value-based, making it hard to set a bar for good behaviour. Others, however, allow for a framing of what actions are expected from and demanded of those working in the public’s service.

Still, codes often are based on accepted customs and social mores, such as views towards the use of nepotism.

That does not mean that there are no globally accepted standards for conduct by public officials. Codes of conduct commonly regulate issues related to conflicts of interest.

Transparency International defines conflicts of interests as a “situation where an individual or the entity for which they work, whether a government, business, media outlet or civil society organisation, is confronted with choosing between the duties and demands of their position and their own private interests”.

Three areas covered by codes that are connected with conflicts of interest are asset declarations, receipt of gifts and employment opportunities (prior to, during and after leaving public service).

As a preventative measure against conflicts of interests, codes often require officials to declare their personal assets or gifts received while in office.

For example, a recent anti-corruption law passed in Cambodia makes it mandatory for 100,000 government officials to declare their assets as a way to tackle the country’s culture of bribery. Reported levels of bribery in the country currently top 84 per cent.

In Cambodia and elsewhere, heads of state, members of parliament, elected officials, government members and their deputies, and politically appointed officials often fall within the group of public servants that must report. These reports need to be filed periodically: annually, every six months or quarterly.

According to World Bank research, 23 per cent of countries require their members of parliament to declare all economic and financial interests. Yet among the 34 member countries of the Organisation for Economic Co-operation and Development (OECD), 86 per cent require their top decision makers within the executive and legislature to disclose their private assets.

Bank-rolled holidays and expensive jewelry often top the lists of gifts or services that public officials have received – and should not have accepted.

Yet this does not mean that even a snow globe or small souvenir is not allowed.

For example in Brazil, the code of conduct, applicable to senior government officials, states that only souvenirs valued at less than 100 reais (US $60), can be accepted.

In contrast, UK Members of Parliament (MPs) and spouses can accept any gift without disclosing it as along as the gift is not related to their political duties. When it is of a political nature, disclosure by both is mandated if the gift is valued at more than 1 per cent of their annual salary. 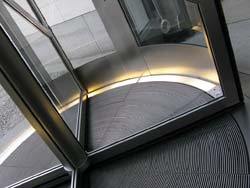 Last year, stories of former European Commission heads leaving the public’s service to work for the big industries that they used to regulate splashed across the headlines in Brussels and the world. In one case, the head of the European Medicines Agency left his job only to start a consultancy the very next month specialising in advising the pharmaceutical industry.

Australia, Canada and the United States include post-employment limitations in their codes of conduct designed to slow down this ‘revolving door’ between government and business. The United States also has a pre-employment restriction for public servants which President Barack Obama announced on his first day in office.

Despite these advances, such restrictions are not very common. In South Africa, where there is a code of conduct for public officials, the law does not stipulate cooling-off periods.

Even in the EU where changes have happened since the scandal, there are still no specific “cooling off” periods for members of the European Parliament. Transparency International has recommended that a break of at least two years is needed.

So the question to ask is: have you seen such codes of conduct really make a difference in your countries?

And if they are not working, why not?