Corruption and the Olympics

On the eve of London 2012, Robert Barrington, director of external affairs at Transparency International UK, ponders the corruption risks inherent in London’s staging of the Olympics games.

The Olympic Games are a wonderful celebration of excellence in sport.  But is there a danger that corruption may have tainted the Games?  As London prepares to launch the Games tomorrow, it is sobering to reflect on whether the event is living up to the ‘respect for universal fundamental ethical principles’ cited in the Olympic Charter.

First, the good news.  The Olympics represent a huge exercise in procurement and construction – two classic areas for corruption to flourish.  However, LOCOG – the London organising committee – has been widely praised for running a fair and transparent process.

But scratch the surface, and there remains an uncomfortable feeling that the Games may be falling short of the Olympian ideals. 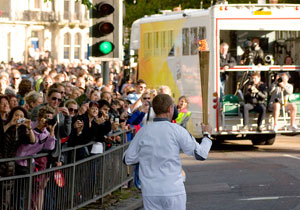 Here are six ways in which the Olympics may be vulnerable to corruption.  There is no easy solution to some of them, although that alone should not prevent an acknowledgement of the potential problems.

This is the big one.  Spectators expect that sport will be played following an agreed set of rules, with each participant or side intending to win.  But there have been past allegations of match-fixing in several of the 26 Olympic sports, with bribes paid to participants to under-perform or manipulate an event, usually so that a bet can be placed on the outcome.  It is inconceivable that so many athletes from so many countries will all be pure.  The authorities have responded to the threat with recent inter-sport guidelines. But eternal vigilance is needed, given the sheer scale of the Games.

Seats at the key events are in demand and corporate hospitality is a way of getting to events and with the best seats.  The hospitality packages are of high value. Are any companies offering or receiving hospitality falling foul of the Bribery Act? Corporate hospitality can be a perfectly acceptable way of doing business if it is bona fide, reasonable and transparent.  But history has shown that it is also an area where abuses are rife.  Some hospitality is intended to be a bribe, and creates a sense of expectation and obligation by the giver and recipient.  Companies will need to make sure they have proper controls in place about who is offered hospitality, and on what basis, and whether the hospitality is proportionate and reasonable.

This gets into difficult territory, and well beyond what the IOC (International Olympic Committee) or any individual Games can realistically control.  But step back and consider this: how are the heads of sports and National Olympic Committees (NOCs) appointed?  Through cronyism or because they are the best qualified for the job? How many of them have been subject to corruption allegations? It may be that not much can be done about this, but is anyone even keeping a tally?  By the way, the dignitary guest list is even more difficult.  The plain truth is that among the Heads of State or members of national entourages there will be those who are personally corrupt.  But that is probably a problem for the G20 to solve under their new proposals on visa restrictions, not the Olympic organisers.

NOCs are given an allocation of tickets for national distribution.  How many end up in the hands of cronies or are sold for personal profit?  The IOC’s Ethics Committee has launched an investigation.

Another classic red flag area for corruption – for example, where rights are sold on the cheap to an intermediary who sells them on to a broadcaster at the proper price.  No scandals have surfaced to date about sales of rights to the London Olympics, but they often take years to come to light.

There has been much focus on the human rights record of Dow Chemical as well as restrictions on rivals to the official sponsors’ products to prevent ambush marketing. But of the 53 official corporate sponsors in London (known as ‘partners’ – for a full list click here) several have also been subject to investigation under the US Foreign Corrupt Practices Act (FCPA) or equivalent laws.  Are they vetted for corruption before being signed up?  And should companies that are proven to have been involved in corrupt behaviour be allowed to sponsor the Games?

These are difficult issues, and there will be pressures to make compromises for an international event costing billions of pounds that combines national aspirations, sport and diplomacy.  But one would hope that at some time in the not too distant future, the organisers of the Olympics will do more to safeguard the Olympic Charter’s ‘fundamental ethical principles’.  A good starting point might be for every future Olympics to have an anti-corruption strategy that is placed at the core of the organisers’ priorities.