17 August 2012 in Accountability, Politics and government

Be sure to check out the first, second and third posts in our series.

While countries tend to cover the same scope of activities through national codes of conduct, differences do emerge when these are reviewed side-by-side. 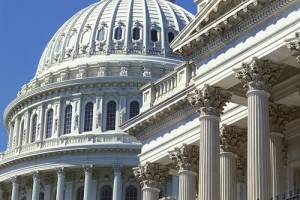 For example in the United States, which is a common law country, the code of conduct covers all federal officials and employees in the public’s service – including elected members of Congress. This feature contrasts with other common law countries, such as the United Kingdom, where specific codes have been adopted based on different types of public servant or officials.

The United States also stands apart from other common law countries in that it sets a very strict and low value for gifts that can be accepted by public officials. The question of gifts, as noted in this blog series, is covered but can often be handled more loosely depending on the cultural context and accepted practices.

The following post looks more in-depth at the US as well as those established in other common law countries, including Australia and the UK. It provides information on the reach of coverage and how these codes are currently being implemented in practice. The next post in the series will focus on country examples from continental law countries.

Coverage: All members of the Australian Public Service (employed under the executive branch of government), it does not cover the Australian Parliament. Such a parliamentary code is currently being debated in order to complement existing codes of conduct already in place for Australian state parliaments.

Background: Members of the Australian Public Service must adhere to regulations as defined by the Public Service Act of 1999. The act clearly outlines the values of the public service and defines proper and improper conduct. The APS also states clearly the principles that are to be adhered to by all, including impartiality, accountability (to the government, parliament, and public) and equity.

Focus: The code of conduct requires members of the APS to behave with honesty and integrity, avoid conflicts of interest, and to defer from using government resources for personal benefit.

Implementation: The Public Service Act defines sanctions that can be implemented for violations of the code. Depending on the severity of the violation, sanctions can range from a reprimand to the termination of employment. The Australian Public Service Commission, also created in 1999, is tasked with upholding and enforcing the Code of Conduct. The Commission needs to report annually to Parliament and tasks the Ethics Advisory Service to provide advice and training to all APS employees.

Coverage: Officials and employees in all three branches of government

Background: The United States has one of the oldest and most comprehensive codes of conduct. Adopted in 1958, it applies to all government officials and covers a range of issues: conflicts of interest, the acceptance of gifts, and secondary and revolving door employment. These ethics standards, however, are not legally binding because they were adopted through a resolution and not through a public law.

Focus: Its primary objective is to outline the ethical boundaries for public officials. The code calls for government officials to “put loyalty to the highest moral principles and to country above loyalty to Government persons, party, or department.” Both the House of Representatives and the Senate have their own respective codes of conduct. Following the Watergate scandal of 1978, the US Congress heightened ethical standards with the Ethics in Government Act of 1978, setting requirements for financial disclosure of all government officials. Today, the United States has one of the strictest policies on the acceptance of gifts: no gift valued more than US$50 can be accepted, and gifts from one source cannot exceed cumulative value of US$100.

The committees have the authority to investigate possible violations, suggest punishments, and provide advice on behaviour permissible under the Code of Ethics. Punishments typically recommended by the Committee of the House have included expulsion, censure, reprimand, and “Letters of Approval” or “Letters of Admonition”.

In 1999, the Senate adopted a resolution which created a uniform set of potential sanctions, including: financial restitution, referral to a party or conference, censure and expulsion. In 2008, the House created the Office of Ethics Committee. This committee is made up of a board of private citizens, which accepts complaints and allegations from the public and makes referrals to the House’s ethics committee.

More recently, the Office of Congressional Ethics has investigated allegations that US House of Representative member Vern Buchanan attempted to influence the testimony of witnesses in proceedings by the Federal Election Commission (FEC). It has since forwarded the case to the Committee on Ethics, which will continue gathering evidence.

Code of Conduct for Members of Parliament

Coverage: all members of parliament

Background: In the United Kingdom, Prime Minister John Major established the Committee on Standards in Public Life, which adopted the ‘Nolan Principles’ in 1994. Prior to this date, there was no one code that directly addressed the issue of the conduct on the part of members of parliament (MPs).

The House of Commons Committee on Standards and Privileges then used the ‘Nolan Principles’ to draft a Code of Conduct that the House accepted in 1996. In 2009, a Code of Conduct was agreed on for the House of Lords. As a common law state with few written laws, the codes of conduct in the United Kingdom have exceptional value for the MPs.

Focus: According to the text of the code for the House of Commons, it aims to “assist Members in the discharge of their obligations to the House, their constituents, and the public at large to provide a framework within which acceptable conduct should be judged.” The code outlines seven general principles of conduct: selflessness, integrity, objectivity, accountability, openness, honesty, and leadership. These same principles form the basis of the code of conduct for the House of Lords.

Implementation: Both the House of Commons and the House of Lords have a Parliamentary Commissioner for Standards who enforces the code and investigates possible breaches of conduct. In 2009, the Independent Parliamentary Standards Authority (IPSA) was established to oversee and control MPs’ expenses. For violations, sanctions include suspension or expulsion from Parliament and public reprimands.

Coverage: Civil servants (appointed officials who are answerable to Ministers)

Focus: The Civil Service Code of the United Kingdom identifies four important values for appointed civil servants: integrity, honesty, objectivity, and impartiality. Based on these values, the code explicitly outlines what civil servants can and cannot do. The code includes provisions to prevent potential conflicts of interest, the disclosure of confidential information, and influences from political parties.

Implementation: In cases of concerns about their duties, civil servants are asked to first consult with their management and, if the matter is not resolved, consult the Civil Service Commission. The code specifically states that civil servants will have to resign from the civil service in cases where they cannot resolve conflicts in the procedure set out in the code and when they feel that they cannot carry out their duties. The Civil Service Commission hears complaints from civil servants, investigates and decides on cases, and helps departments with their implementation of the code.