A glance at the Arab Convention to Fight Corruption

By Pr. Abdelaziz Nouaydi and Saad Filali Meknassi of Transparency Maroc, who give a brief overview of the Arab Convention to Fight Corruption — from who’s in and who’s out, to the types of crimes it seeks to prevent.

Fifteen of 22 Arab States have so far ratified or acceded to the United Nations Convention against Corruption (UNCAC).  In a separate development, the League of Arab States issued the first official pan-Arab anti-corruption instrument— the Arab Convention to Fight Corruption — signed on 21 December 2010 by 21 Arab countries (except Somalia). It was signed by Ministers of the Interior and Ministers of Justice. 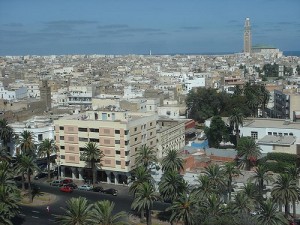 The preamble of the Arab Convention affirms that the fight against corruption is not limited to the official authorities, but people and civil society have a crucial role to play. It also reminds us of the importance of Arab and international cooperation in the extradition of criminals, mutual legal assistance and asset recovery. The convention is based on the principles of Islam and other Religions of the Book, the Charter of the Arab league, the UN Charter and all regional and international conventions related to fighting corruption that Arab states have signed including the UNCAC.

The Arab Convention (Article 2) states that it aims to prevent and repress all forms of corruption, through reinforcing Arab cooperation, particularly in the recovery of stolen assets. It also emphasizes the goal of enhancing the role of individuals and civil society to achieve these goals. At the same time, the Arab Convention underscores the absolute equality between States and the importance of respecting the sovereignty of States Parties to the Convention.

With regard to the crimes which constitute corruption, the Convention (Article 4) describes 13 such actions, including bribery of national and international public officials, corruption in public and private sectors, money laundering, illicit enrichment, abuse of functions, embezzlement of property in the private and in public sectors, trading in influence, and obstruction of justice.

In addition, the Convention (Article 10) states the importance of prevention and criminalization of corruption and outlines measures which States parties should implement to ensure the participation of citizens in the fight against corruption. This article denotes the importance for States Parties of setting standards for transparency and competition in public procurement, and encourages them to develop codes of conduct and ethics for public services.

The importance of raising awareness about corruption amongst citizens is highlighted in Article 11. The Convention suggests that States Parties should include fighting corruption in education curricula, as well as advertising anticorruption institutions to which citizens can send their complaints.

The Arab Convention describes the mechanisms for implementation. This is done through the Conference of the States Parties to the Convention and the Secretariat. Article 33 creates a Conference of States Parties to this Convention to ensure its implementation and its monitoring. The Arab League Secretary General is called on to invite governments to the CoSP a year after the entry into force of this convention.  The entry into force of this Convention happens 30 days after it is ratified by seven Arab states.

In addition to the UNCAC, the Arab Convention to Fight Corruption could be a crucial regional legal instrument for fighting corruption in the Arab Region. Saudi Arabia is not a signatory of the UNCAC but it became part of the Arab Convention, which indicates promising potential for the Convention to be an effective regional tool against corruption. To be successful however, the Convention needs free and effective participation of different stakeholders in the monitoring of its implementation. Political will and respect of universal human rights are also of paramount importance for an effective fight against corruption in the region.

Note:  Four more have states signed but not ratified: Comoros, Saudi Arabia, Sudan and Syria. Two have neither signed nor acceded: Oman and Somalia. Palestine is not currently able to become a party to the UNCAC.
Share and enjoy: These icons link to social bookmarking sites where readers can share and discover new web pages.