On 12 September 2012, the US Internal Revenue Service awarded Bradley Birkenfeld $104 million for providing information on how the Swiss bank UBS AG helped thousands of US citizens hide billions of dollars from tax authorities. Mark Worth, Transparency International’s Whistleblower Programme Coordinator, discusses what this means for whistleblowers and would-be whistleblowers everywhere.

The big news is not that Bradley Birkenfeld received a $104 million reward for blowing the whistle on UBS. And it’s not even that Birkenfeld, a former banker at UBS, has attained personal redemption after serving nearly three years in prison for participating in the same sort of tax scams that he ultimately exposed.

The big news here is that many of the US’ new whistleblower initiatives – put in place following a string of horrendous corporate crimes, and strengthened following the global financial crisis – are starting to work.

In the last five years alone, the IRS has collected more than a billion dollars in back taxes, in the process thanking whistleblowers by rewarding them with $69 million.

Like the expression goes: a billion here, a billion there – pretty soon you’re talking about real money. 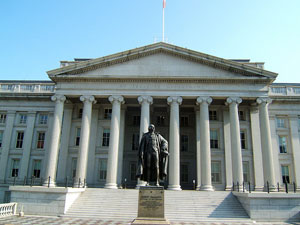 In the UBS case, $5 billion in back taxes and penalties will be paid to the US Treasury: that’s real money that can now be used to support government programmes that have been cut because of the financial crisis. That could be redemption for university students who need loans to pay their tuition, poor people who need help buying food, and handicapped people who need health care.

As for the $780 million in fines that UBS must pay: that sends a nine-digit clarion call to executives at other companies who are thinking about breaking the law. Pretty soon, numbers like this also start to add up to real money.

But more importantly, the fine serves as redemption for the many companies that make the collective decision to fly straight, and that resist temptation to cheat on their taxes or help others to cheat – even if their only incentive is to avoid prosecution and reputational damage.

In the case of whistleblowers, contrary to common belief, most are incentivised mainly by an inability to stay quiet when they witness crimes being committed. It’s a basic human impulse: you see a problem, you feel the need to tell someone about it.

Many have sought to question whether whistleblowers should be paid for their good deeds. But, who is anyone to question the motives of people who try to do the right thing? It’s about the message, not the messenger. And we hope that Birkenfeld’s message is heard everywhere: “This is a monumental day not only for me, but for every whistleblower worldwide.”

We hope that the story of Bradley Birkenfeld prompts more countries around the globe to institute strong whistleblower legislation, and – despite the case’s unusual circumstances – gives citizens the inspiration to come forward to report and stop corruption in all of its forms.