Time to wake up Trinidad & Tobago: the Jack Warner affair

14 May 2013 in Americas, Miscellaneous, Politics and government, Sport 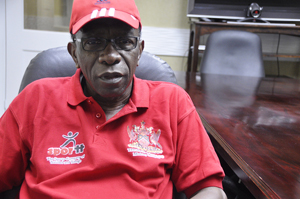 Jack Warner is a big name in Trinidad and Tobago (T&T) and in world football. He has been in politics and government for the past five years, most recently as Minister of National Security, and served on the executive committee of FIFA (world football’s governing body) and as head of the Americas football federation (known as CONCACAF) for almost 20 years. In late April, CONCACAF’s Integrity Committee published a damning report on how he personally gained millions of dollars from his position of influence at FIFA – what we call corruption.

Jack Warner has now resigned from government and parliament because of this report but of even greater significance is the public debate that this whole affair sparked off in T&T. The tenor of the arguments has been frighteningly revealing of the true damage which years of corruption with apparent impunity has done to the national philosophy. That’s why on 6 May the Trinidad and Tobago Transparency Institute issued a call on the government to institute an ethics protocol for ministers. We suggest that any member who has a serious allegation leveled against them should step down until proven innocent.

Today no one is questioning that Warner acted unethically and no one is talking about sanctions. Although the discussion should be about ethics, morals and integrity, sadly, it isn’t even about right or wrong but more about the degree of wrong. Many are saying that the matter concerns FIFA, not T&T, and T&T state money is not involved; that Warner hasn’t been charged with anything and is therefore innocent until proven guilty; and that he has given a lot of financial and material help to people, therefore he is doing some good and should be left alone.

Any wrongdoing is being romanticised and somehow becomes excusable.

The type of discourse has also cut across politics, age, gender and class. It may only be the naïve who hold on to the hope that there is a silent majority which is prepared to stand up for the definition of corruption as “the misuse of entrusted power for private gain”.

Our work is to make this point to both the public and private sectors – that no matter who it is, there should be no impunity for corruption. While the storm was brewing over Warner, the Trinidad and Tobago Transparency Institute held an international anti-corruption conference – Regulating Against Opportunities for Corruption – at which Prime Minister Kamla Persad-Bissessar was supposed to be keynote speaker. In the end she had to attend the funeral of President Hugo Chavez in neighbouringVenezuela so the speech was delivered by the acting prime minister.

The Trinidad and Tobago Transparency Institute has just launched a new monthly series of town hall meetings, dubbed Heavy Pepper! It’s free to the public, and takes place in community centres and school halls around the country. The format calls for two presenters, one of whom is always a young person. Topics include issues such as political party financing. And as part of our youth outreach, we will also put on an adaptation of the one-woman play, Miss Miles, about the tribulations of the best-known whistleblower in the history of the country.

Although these efforts are geared toward raising the issue of corruption and no impunity, I fear that if recent history is anything to go by, there is little likelihood of any prosecution of Jack Warner because of the CONCACAF Report. In fact, there are more anecdotal accounts of the victimisation of potential whistleblowers than there are of politicians or senior public officials being prosecuted.

This nation needs some serious introspection; we need to recapture our principles and values; we need to recognise right and wrong. We need to decide what to tell our children and grandchildren about honesty; we need to demand the highest standards of our leaders. We need to enhance our international reputation. We need to determine what will be our legacy to future generations. It is “Time to Wake Up”.