Austria should have the courage of its convictions

Austria needs to make its banks more transparent and join the international movement to end secrecy in the fight against illicit financial flows and tax evasion as Dr. Kurt Bayer and Dr. Edith Kitzmantel of Transparency International Austria explain.

Last month Austria’s Chancellor Werner Faymann signaled that Austria is ready to make the country’s notoriously secretive banks more transparent by the end of the year to help the global effort to fight tax evasion and illicit financial flows. Faymann’s firm insistence of putting Austria into the forefront of the fight against tax evasion and corruption is good news for Austria’s average taxpayers and for citizens interested in combating corruption. 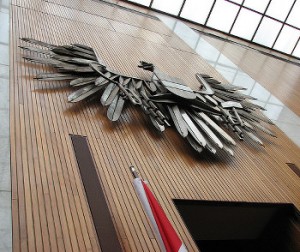 But as the move is related to equivalent steps taken by the other five European secrecy ‘safe havens’ – Switzerland, Andorra, San Marino, Monaco, and Liechtenstein – this will take time.

In our view, Austria should move unilaterally to give up its exception to the European Union Savings Tax Directive and join the Automatic Information Exchange on mutual European Union citizens’ bank accounts in Austria, irrespective of what the other countries do. Waiting for everyone else will be seen as a way of ducking responsibility.

Luxembourg has already said it will not support the automatic exchange of information if it includes certain products and won’t do anything unless the other five ‘safe havens’ are in agreement.

This may give rise to other countries using this time to unravel some of the agreements reached so far (in particular in relation to territories with “tax haven status”). The EU Council’s appeal that these negotiations should be concluded by the end of 2013 thus seems unrealistic.

Until two months ago both coalition parties had defended Austria’s bank secrecy as a “vital part of Austria’s savings culture”, (whatever this means). When Chancellor Faymann finally yielded to international pressure (from the US via the new Foreign Account Tax Compliance Act and the EU) to include Austria in the information exchange agreement for foreign account holders, he justified this move by promising firmly that bank secrecy for Austrian taxpayers would remain untouched. Finance Minister Maria Fekter in turn held on to blocking the agreement until she was convinced by her own party.

In the same spirit, Austria recently concluded separate tax agreements with Switzerland and Liechtenstein, which protect the anonymity of Austrians who transfer capital to these countries, unless they choose disclosure (and thus undergo regular tax treatment in Austria). Those preferring to remain anonymous (for whatever reason, legal or illegal) may escape prosecution by Austrian tax authorities by paying a fairly moderate one-off withholding tax on the capital and an annual withholding tax on future capital income only equivalent to the rate applied in Austria.

The overall conclusion is that Austria is not consistent about what it wants to do to fight corruption, stop tax flight and increase transparency and will need to be monitored closely – a  conclusion which is by no means unique to Austria.

There are good reasons, both external and domestic, for Austria to walk the path of virtue. For a country with strong foreign ties, international credibility and transparency are essential for its reputation as a place where one can do serious business.

The third-richest country in the EU should not need to rely on lax compliance with international agreements to attract capital.”

Finally, indulgence of tax flight is also a major reason why Austria’s tax system is biased against “geographically immobile” tax bases, resulting in one of the most skewed tax structures in the EU. In fact, labour income is today taxed twice as much as capital income.

It should be the quality of labor, its strong institutions and the transparency of private and sovereign transactions that make Austria attractive for investment not its reputation for secrecy. Adopting automatic information exchange unilaterally would be the right thing to do.