Today is Malala Yousafzai’s 16th birthday. Since the tender age of 10, Malala has been campaigning for something that many of us often take for granted: the ability to go to school. Her brave activism for universal education and girls’ rights in her native Pakistan was noticed by others who had different ideas. In October 2012, as a response to her speaking out, a Taliban gunman tracked her down on her school bus and shot her in the head. She survived, and along with her the dream that one day every girl and boy will be in school.

Losing one’s right to an education – which is enshrined in global agreements and national laws – can arise from different sources. One of the factors not often discussed is corruption.

Corruption in education can take many different forms, all of which have the same result: limiting student’s access to free and quality education as promised by the Education for All movement, the Millennium Development Goals (MDGs) and other global commitments. The latest figures show that 57 million children are still not enrolled in primary school.So how does corruption block access? Here are some ways: 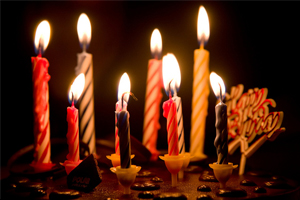 Findings from Transparency International’s Global Corruption Barometer 2013 show that 16 per cent of people around the world report paying a bribe when interacting with schools. This is the same rate for Pakistan, where 26 per cent of the people surveyed said that the education system in the country was “extremely corrupt”. As the world looks toward new global development commitments to succeed the MDGs in 2015, it is essential that these governance deficits in the sector are addressed by the new goals.

We as civil society must get involved and make these demands to our governments and to international organisations, to urge them to take action, both nationally and globally.

To celebrate Malala’s birthday, the global community is coming together at the UN in New York to support the Global Education First Initiative, which aims to make education a priority and to counter current trends that suggest more children may be out of school in 2015 than today.

Today is Malala’s day. Today let’s remember the fight to remove all barriers to education – including that of corruption.

*Correction: The author of the post had originally been listed as Craig Fagan, this has now been corrected and we apologise for this mistake.