Sexual favours are not considered corruption in China

The conviction of a high-ranking Chinese official for corruption and the continuing reports of alleged sexual favours as part of the ongoing scandal involving drugmaker GlaxoSmithKline in China, exposes gaps in the anti-corruption legislation in the country.

The high profile corruption case against China’s former minister of railways Liu Zhijun is being heralded as proof that Chinese President Xi Jinping is serious about cracking down on corruption. But this is not the whole story. The fact that the prosecutor focused only on the money involved in the bribery case and decided not to prosecute Liu for receiving sexual bribes or favours highlights a substantial gap in China’s penal code which does not fulfill its commitment to the UN Convention against Corruption (UNCAC). 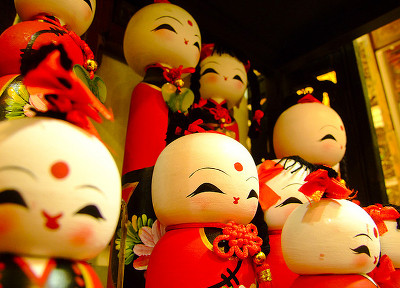 In 2005 China ratified the UNCAC, which lists eight crimes of corruption, from articles 15 to 25. However, most of these corruption offences were simply not adopted by the Chinese Penal Code, including Article 18, Trading in influence, Article 19, Abuse of functions, and Article 20, Illicit enrichment, which would include accepting sexual favours.

In 2011 Liu was fired after a high-speed rail crash in Wenzhou killed 40 passengers. Liu was prosecuted for taking advantage of his position and helping 11 people to either get promotions or win lucrative state contracts, accepting 64.6 million ChineseYuan (US$10.4 million) in bribes between 1986 and 2011. He was convicted of bribery and abuse of power and given a suspended death sentence.

During the trial of Liu, many of the so-called legal experts argued that bribery should be limited to actually profits and that sex is not a tangible property, which was why Liu’s acceptance of sex should not be considered illegal. Some others argued that if every “undue interest” is counted as a “bribe”, China’s economy will be in reverse for a decade!

The increased number of bribery scandals involving politicians, however, has prompted the ruling party to force its members to hand in their leisure membership cards, ranging from golf and night club memberships to shopping cards.

This raises an important issue: the role of gift giving in business that is not cash but could clearly be considered bribery. In this case the prosecution lawyers were referring to all kinds of perks ranging from sexual favours and massages to clothing and restaurant entertainments.

According to the Chinese Penal Code, one has to actually receive a minimum and direct payment of 5000 Chines Yuan (US$814) in cash before being charged with receiving a bribe. Other ‘interests’ are not included, notably sexual favours.

This is a big loophole that shelters corrupt officials who receive sexual favours and other “in- kind” perks, including, for example, the costs related to the upkeep of long-term extra-marital relationships, which unfortunately is very common. That’s one reason why in China, many officials charged with corruption also have more than one mistress.

In Liu’s case, he didn’t always personally profit from corruption, but passed the proceeds of bribes through associates to other officials. For this reason, many of the bribery cases against him were dropped because the ultimate recipients of the money and the perks, including sexual favours, are still in power.

The Chinese Penal Code does not punish “trading power for sex” and “trading power for power” on the excuse that it does not involve a tangible, monetary profit. This is an encouragement of abuse of power and must be changed. Trading in influence, abuse of function, and illicit enrichment should be considered crimes and the Chinese penal code should reflect this to bring it in line with the UNCAC and to help stop corruption.