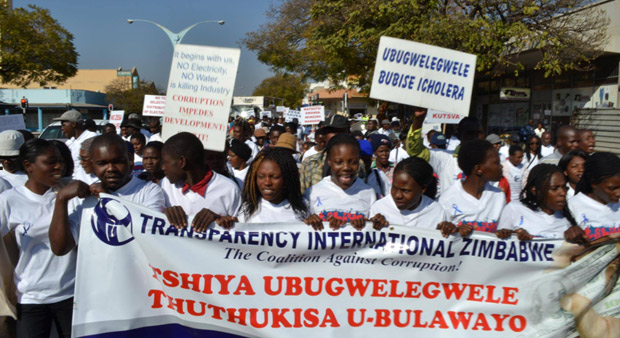 This year the results of the Corruption Perceptions Index (CPI) are not fundamentally different from those of the previous years: all but five Sub-Saharan African countries scored in the lower half of the survey.

While these results may give the impression of little progress, it is important to highlight that over the years, some governments have registered tangible results in relation to curbing corruption. In countries like Cape Verde, Mauritius, Rwanda, Botswana and Seychelles citizens have increasingly enjoyed daily lives with limited corruption particularly in the administration and delivery of basic services.

The HIV/AIDS pandemic in Zimbabwe left over 1 million children orphaned, according to UNICEF. In 2001, in a bid to help orphaned children gain access to education and prevent them dropping out of school, the Zimbabwean government set up a scheme to provide basic education assistance to the country’s most vulnerable children.

Among these orphaned children was Fadzai. After the death of her parents, Fadzai moved into a crowded suburb in Zimbabwe’s capital, Harare, with her aunt. A widow and out of formal employment, Fadzai’s aunt struggled to make ends meet. Passionate that her niece should get an education, she managed to save enough money to buy Fadzai a school uniform, confident that – as Fadzai was an orphan – her school fees would be covered by the government scheme.

Yet Fadzai’s application was rejected. The reason: she was wearing a new school uniform. According to the school official responsible for admitting orphaned children into the aid scheme, any child that could afford a uniform could afford the fees – Fadzai had been struck from the list. Read more here.

A closer look at the scores of the CPI over the years shows that, while in Africa there has been an overall improvement on indicators related to human development and sustainable economic development, there has been noticeable deterioration with regards to the rule of law and safety. 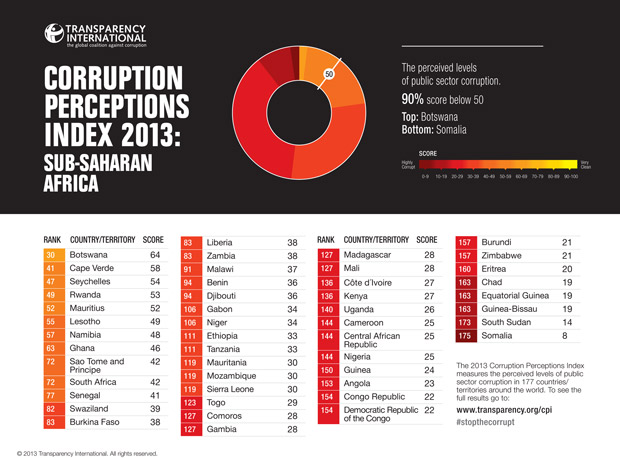 These findings are in line with other assessments of the governance landscape in Africa. The recently published Ibrahim Index of African Governance 2013 highlights that:

while African countries have made considerable progress on governance, respect for constitutionalism and the rule of law are areas where significant regressions are recorded, resulting in a rise of tensions and conflicts in several countries”.

In the context of the celebration of its golden jubilee, the African Union launched a broad consultation process to adopt an “Agenda for development and socio-economic transformation of the continent by 2063”. One of the major components identified by Africans across the continent and of all walks of life is the

need to have capable developmental states, based on strong institutions, with a robust and inclusive constitutional order and in which the rule of law is strictly observed”.

A responsive leadership and the rule of law are also requirements to improve the investment climate, strengthen regulatory, institutional and financial frameworks, and reduce corruption.