5 women who inspire YOU

All this week in the run up to International Women’s Day on 8 March, we’ve been celebrating female corruption fighters from across the world and asking YOU to share the names of women who have motivated you to stand up for justice and demand accountability at #WomenAgainstCorruption. From hard-hitting magistrates to celebrities and indefatigable rights campaigners, these are some of the inspiring women you told us about on social media: 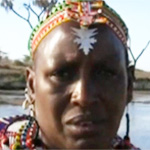 Franciska Eseenam Bonin responded to our social media call by suggesting Rebecca Lolosoli as a woman of inspiration. Lolosoli is an advocate for women’s rights and the founder of Umoja Uaso Women’s Village in Kenya, a safe haven for women and girl survivors of violence. As a source of income, the women sell beadwork and have opened up their village as a tourist attraction, enabling them to build a school and buy the land they live on. 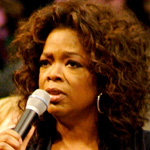 Oprah’s Winfrey’s commitment to the education and empowerment of women across the world got her a vote from Yannason Duncan on our Facebook page. As one of the most recognisable public figures today, Oprah’s humanitarian efforts, charisma and success are a source of inspiration for many around the world. 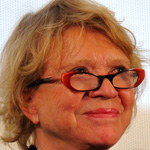 David Murray chose Eva Joly, the Norwegian-French investigative magistrate currently serving as an EU Parliament member for France’s Green group. Joly is famed for her seven-year investigation of France’s Elf-Aquitaineoil company scandal during which she called to account crooked business people and the French political elite. She is lauded for her efforts in upholding judicial independence and uncovering a system of pervasive corruption in France. 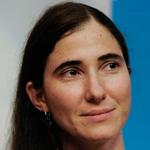 The Cuban author and influential blogger was put forward by Días de Rosas. Yoani has gained international recognition through her online magazine and blog, Generation Y, where she writes on political and social issues in Cuba. Admired for her insights and activism, she has received multiple accolades, including the World Press Freedom Hero Award, and listed by Time magazine in 2008 as one of the world’s 100 most influential people. 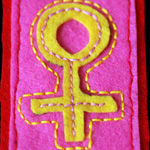 The women in YOUR life

In between the suggestions of notable women making headlines across the world, many of you put forward your sisters, mothers, aunts and daughters as your source of inspiration in fighting for a better world.

To these women, and all the other females who fight tirelessly every day for honesty, integrity and equality, we salute you – Happy International Women’s Day!