THE PANAMA PAPERS AND TRANSPARENCY INTERNATIONAL 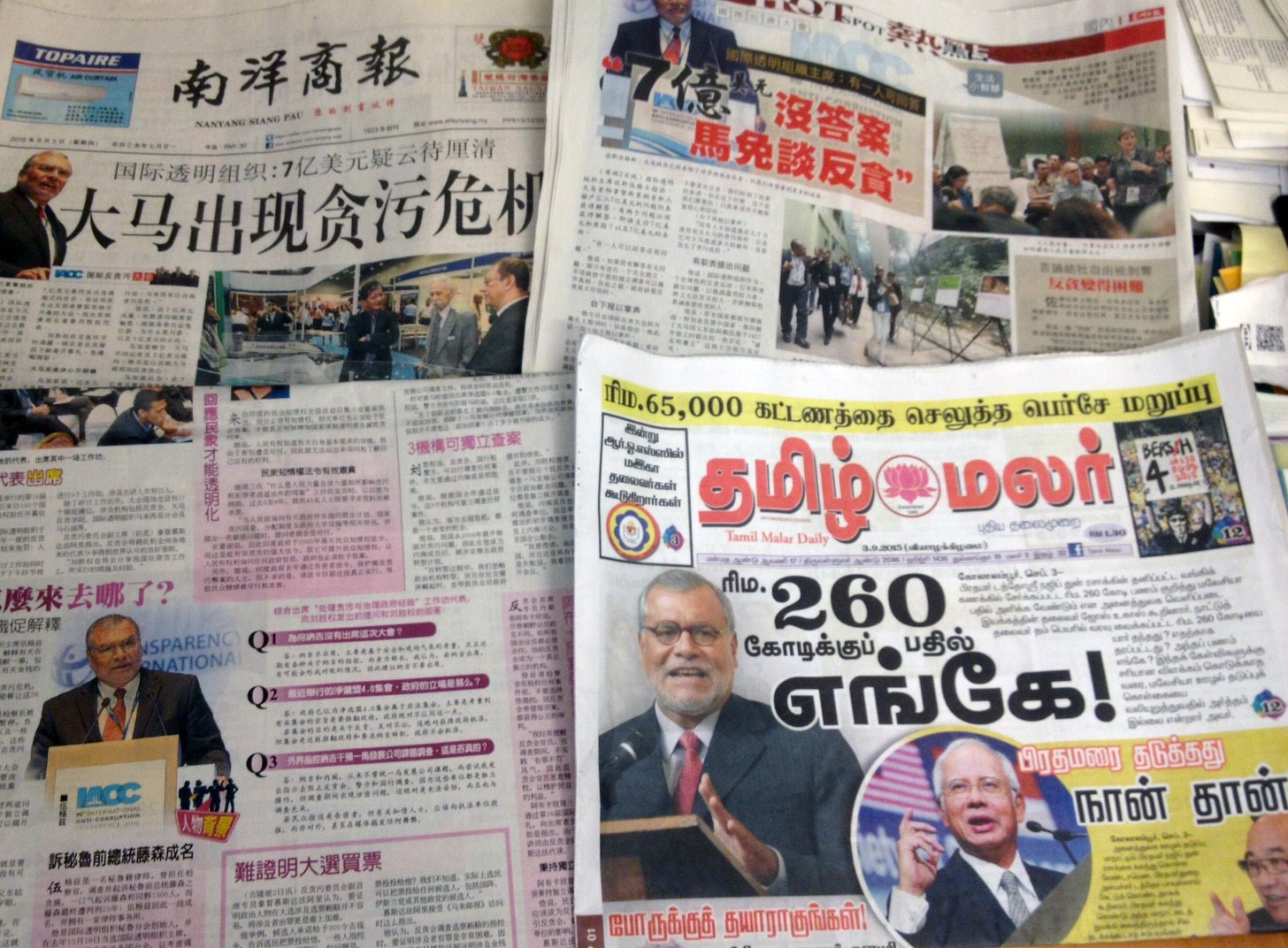 Transparency International chair José Ugaz made the front page of many papers in Malaysia after he spoke critically of a scandal surrounding the prime minister in his speech at the 16th IACC meeting in Kuala Lumpur.

Communicators are strong swimmers. We don’t always sprint, but we can handle long distances and the hard swim upstream.

The Panama Papers have exposed a global web of secrecy and corruption that hurts all of us. It has also exposed the Chair of our chapter in Chile and that deeply troubled us. He of course had to resign.

Citizens worldwide have expressed their outrage, from Iceland to Brazil, and from France to the Russian Federation. For Transparency International this week’s numerous breaking news stories were the perfect opportunity to call for an end to secrecy. It is an opportunity to denounce systemic and international loopholes, to put significant international pressure on states, international organisations and financial institutions, and to stop the corrupt.

The Panama Papers have laid bare the complicated networks of tax havens and secret companies that are used to hide wealth either because it comes from illegal activity or to hide it from tax authorities. They have also brought the focus on both the UK and Panama’s role as key players in the global financial secrecy industry.

In May Transparency International is set to participate in the UK anti-corruption Summit where the issue of secret companies will take centre stage. In December we hold the International Anti-Corruption Conference (IACC) in Panama.

We have signed a memorandum of understanding with the High Authority for Transparency and Access to Information of Panama to co-fund the event, which usually attracts more than 1,200 anti-corruption activists from around the world.

This is where we as communicators start to swim against the tide. We’ve organised IACC conferences in difficult countries that score poorly on our Corruption Perceptions Index before. The last one was in Malaysia in September 2015 during a political corruption scandal surrounding the prime minister that is still going on.

We took the opportunity to speak out boldly about that while strongly supporting the national civil society and media. We held a corrupt government to account and we brought attention to an issue in a far more powerful way because we were in Malaysia, holding an anti-corruption conference.

As for Panama we believe the Panama Papers are just the tip of the iceberg. The in-depth investigative reporting show the extent of the corruption enabled by just one of the many firms that operate all around the world, including in Panama.

The challenge for anti-corruption activists and their communicator is to understand when it’s best to swim against stream, and when it’s more useful to go with the flow.

If we go to Panama, we will certainly be open to accusations of image laundering. Should we still go? What would then be the most useful way to press for new rules and regulations in the country?

Can we use the IACC programme to invite other secrecy jurisdictions – the British Virgin Islands, the Cayman Islands, the states in the US like Delaware and Nevada – and maximise the opportunity the Conference brings and push for tangible progress on greater financial transparency around the globe? Is it an opportunity to use Panama as the place where we finally get agreement on a Global Register of Beneficial Ownership that would publish the real owners of all companies registered around the world?

We are asking ourselves all these questions as we consider how to proceed. Our organisation stands for transparency and we will be transparent on this too.

Together we can demand a world that is transparent and fair for everyone.