What to think when Russia walks into the Olympic stadium

For a Russian, waiting for the Olympics to begin is not easy. There are many conflicting emotions and questions. Is it right to ban some but not all athletes? Do we blame our Ministry of Sport for devising a doping programme and cover-up, the International Olympic Committee or the World Anti-Doping Agency? Is it only Russia and Russians who should suffer?

As much as missing the Olympics is a tragedy for individual Russian athletes who have trained hard and may not have been able to say no to a dope-fuelled coaching regime, this is about something bigger. It’s the tragedy of fans and people losing trust and faith in fair competition and the pure sensation of celebration of real winners when they stand at the podium, in front of their national flag, listening to their national anthem.

It is a double tragedy for many Russians who sincerely love sports and sincerely supported their team through many Olympics and other tournaments, celebrating with their victories and sharing their grief when they lost.

This time if Russians stand on the podium as our national anthem is played, how will we feel knowing that the Olympic movement and individual victories are now compromised, perhaps beyond repair?

In Russia, there is a sense of anger among real sports fans like me against those who allowed this to happen. This sense of disbelief, fury and loss is difficult to describe. At the same time one crucial question remains: are we going to hear any kind of “sorry” from those who allowed this to happen to our athletes, to our team, to our sport, to our Olympic hopes and expectations?

Though the Minister of Sport Vitaly Mutko is toughing it out and the broadcasters paint Russia’s shame as a Western plot, ordinary people are not really surprised: for some time there was a feeling that there are too many shadowy deals in the kingdom of our national sport. It seemed too good to be true that Russia could win the right to host both the 2014 Sochi Olympics and 2018 FIFA World Cup.

As someone who has fought corruption in Russia for two decades, these ‘victories’ raised more questions than answers. Setting aside the awarding of the hosting rights, the opportunities for gross financial mismanagement in construction and preparation for major sporting events were and are immense.

In the end, Sochi cost more than any Olympic Games to date; our investigations at Transparency International Russia, showed that too much of that money went to companies and individuals affiliated with those in power. The construction problems (let alone the issue of human rights and racism) for the 2018 World Cup are already well-known including cost overruns and corruption allegations.

What every real fan in Russia and around the world seems to understand better than many of the people in sports governing bodies and state offices is the fact that if sport is corrupt it loses the power to inspire the kind of values that strengthen society: respect for the rules, fair play and honest competition.

This may seem simplistic in a world of fraught geo-political conflicts; it is not. A compromised Olympics is a profound loss to society because Olympism can and should be a force for good. 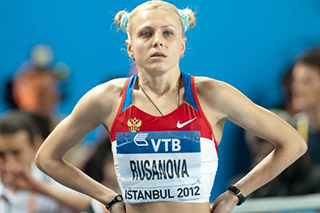 But who will be there to keep the Olympic movement honest? When Yuliya Stepanova came forward to blow the whistle on state sponsored doping in Russia, few wanted to listen. Finally the IAAF, track and field’s governing body, took a principled stand following an independent investigation and banned all Russian runners and jumpers from Rio. The IAAF said Stepanova could run as a neutral; the International Olympic Committee (IOC) banned her. This is not the way to treat people who bravely speak up in the public interest.

Without whistleblowers stepping forward and leading the fight against corruption, unfortunately fraud, cheating and manipulations will continue. Transparency International salutes and supports whistleblowers from all walks of life but they will only come forward if they get protection. Unfortunately, this is not the case today.

The IOC must also make a stand. There must be zero-tolerance for all corruption in sport. By equivocating on Russian doping and sending the decisions back to the international federations, the IOC appeared to bow to political pressure.

I would encourage the IOC, all governments who support sport, and all sports organisations, big and small, to reread the Fundamental Principles of Olympism. “Olympism seeks to create a way of life based on the joy of effort, the educational value of good example, social responsibility and respect for universal fundamental ethical principles… the Olympic Movement shall have the rights and obligations of autonomy, which include … responsibility for ensuring that principles of good governance be applied.”

I am still desperately waiting for the Rio Olympics to start. I do hope that it will be a celebration of talent and heroic devotion to all great sporting values. I will be proud to see all the winners standing happy and strong at the podium. But I will be even more proud to see among them those who are brave enough to speak up against those who try to kill the sport we love.