The role of the press at the Olympic Games: a first-hand account 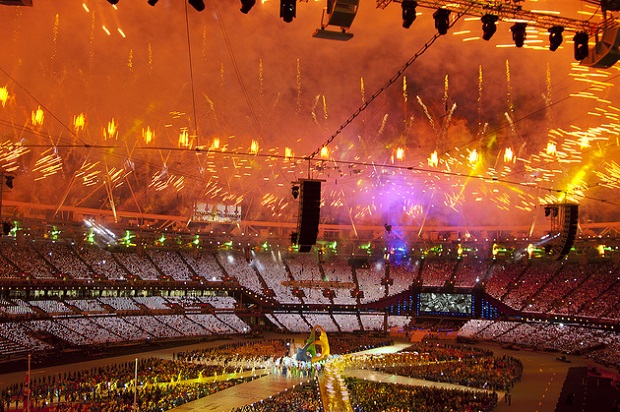 Closing ceremony of the 2016 Olympic Games in Rio de Janeiro

With their hands up in the air, ministers, four-star generals and International Olympic Commission (IOC) officials danced to some of the most famous samba tunes at the closing ceremony of the Olympics in Rio last month. While carnival was taking over the Maracanã Stadium and the entire world was watching the party, politicians hugged each other in the VIP area.

It was a true moment of relief, after seven years of tensions, controversies and scandals. The confetti falling over their heads was like a curtain, closing the Rio Games of 2016 on a high note.

But the drums could not hush up some very legitimate questions: who will actually pay for the event? Who made money from it? Who actually got the gold?

During the seven years I spent covering Rio’s preparations for the Olympics, I realised that the so-called “Olympic values” do not always rhyme with transparency, press freedom or access to information. Over the years, I received confidential documents showing the crisis inside the organising committee, the financial problems and the major work delays. While these assessments were under internal scrutiny, the official line was that everything was on track.

Publishing some of these documents did not make the IOC or Rio2016 any more transparent. On the contrary. Because of the information I published, the organisation set up a system in which a leaked document would lead investigators to the person who had allowed the secrets to go public.

The reasoning was very clear: the IOC is a private entity. Therefore, it does not need to follow the same transparency rules as governments.

True. Or almost true. When pointing out their legal status, they tend to forget that under the contract to host the Games in a city, it is the state that is required to pay for any deficit or resolve any financial problem. Let’s put it very clearly: in the event of a surplus, it is the IOC and the Local Organizing Committee that take the money. In the event of a deficit, the bill goes to the citizens.

Surprisingly, these same citizens rarely get the chance to find out the real financial situation of the event they may pay for. 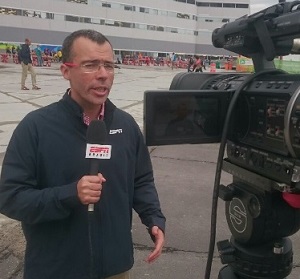 The information war did include some amazing tactics. The media gurus of Rio2016 admitted to me that they actually fed the controversy of the polluted waters of Guanabara Bay in order to distract the press away from real issues and much more relevant problems: the lack of money and corruption.

This battle also included inviting me to carry the Olympic Torch in Brazil and, hence, bringing me and others onto the same “side” as the event. I declined the “honour”, since my hands were busy carrying the pen.

Once the Olympics began, it was clear that transparency was not the name of the game. A daily briefing was held for journalists by the IOC and the Rio2016 team. But the difference between communications and information has rarely been so dramatic.

To me, this became clear when I asked after a question about how a particular company was chosen to get a contract with Rio2016. One of the very high officials inside the organising committee came to my desk at the media centre after the briefing and asked to talk to me. While we were walking, he only made one remark: questions such as the one I had just put forward should not be made in public.

He basically told me that although in the past he was willing to take calls from me on his mobile, if I chose to ask questions like that in public, he would only talk to me at press conferences.

This was a very clear threat about which questions were “acceptable” in a public format and which ones would be considered a declaration of war.

Some days later, Pat Hickey, the President of the European Olympic Committee who is also an IOC executive member was arrested in a five-star hotel in Rio that also served as the bunker for the Olympic Family. I was one of the few journalists who had access to the place, with the IOC giving a special pass to just a handful of media representatives.

But on that day my pass was no longer valid. When I was at the hotel while the arrest was happening, a military guard told me he would have to take my documents for verification. Five minutes later, he came back just with my documents and informed me that my pass had been withdrawn until further notice.

The reason? No official reason. I asked to speak to those who had made the decision. This was repeatedly denied. After insisting that I needed to know the reasons for the suspension of the valid pass, the only answer I got was that it “was an IOC decision”.

When it was clear I had to leave, one of the security officers came to me and confessed he knew who I was from my reporting. In a very cordial way, he explained that they had been told “above all” that they were not to allow me on the premises. “Sorry, I am only doing my job,” he apologised.

After using social media to denounce the decision to withdraw the accreditation with no clear reason, I received an email from the IOC saying it was a “misunderstanding” and that my pass was going to be given back. By the time the accreditation was reissued, the story of Hickey’s arrest was almost over.

Three days before the end of the competition, I published the salaries of the eight executive directors of Rio2016, based on official financial statements that had just been released. In total, they earned over R$26 million ($8 million) million in four years. And this did not include the money to be paid out in 2016, when payments were to be even larger.

Earning high salaries is not the problem. The real issue in this case is the fact that the salaries were paid at a time when the organisers’ official line was that Brazil was in recession, that they were obliged to make important cuts and, of course, that they may need public money to bail out the event.

The truth is that, while some were actually getting rich, it was up to the people to pay for part of the bill in the event of a deficit.

Late that night I got a message on my phone from a senior executive inside the organising committee. Using the same threatening tone, he asked me if I thought this was the “appropriate moment” to publish a “cheap sensationalist” story.

He was right. It was not an appropriate time. It was actually too late, and information such as that should have been public knowledge years before.

The battle for access to information did not end when the torch was extinguished in Rio. While the confetti was falling over the heads of those in charge, federal prosecutors were intensifying investigations relating to the construction of the Olympic sites, the clean-up of Guanabara Bay, and contracts between sports federations and the Ministry of Sports. There is still no date when these will be published.

In 2016, the IOC and Brazilian organisers fulfilled their promises to show the world that even a developing country could throw a party to showcase humanity. But it is time for the biggest event on earth to ensure that other attributes essential to humanity – such as transparency – are promoted.

Otherwise, cultivating the values promoted by Pierre de Coubertin and nurturing the dream of a gold medal are nothing more than mere illusions.