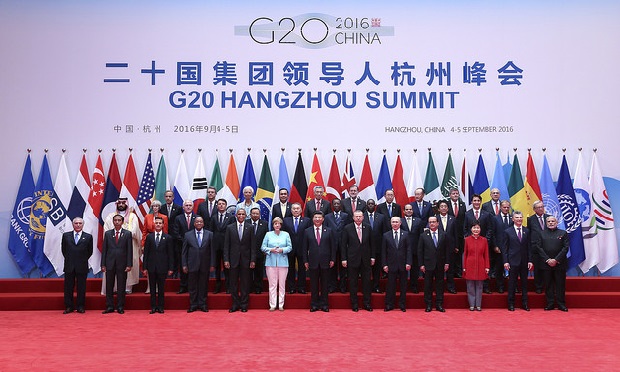 We’re not there yet. As the limos leave Hanghzou and life gets back to normal in a city quarantined for the G20 summit, the leaders of the G20 countries are taking home a new set of prescriptions for dealing with the very real global pandemic: corruption. A fourth Anti-Corruption Action Plan to cover 2017-2018 is a testament to the understanding amongst G20 members that tackling corruption is critical to growth, prosperity and stability. But it is hardly a cure.

Here are three things to keep in mind:

The Action Plan is pretty devoid of timelines, actions and deliverables. That will come in a more detailed Implementation Plan, which will show whether the lofty intent has any metal to back it up. It’s due to be adopted when the G20 Anti-Corruption Working Group meets for a third time in October.

2. The good news: The G2O is opening up to openness

Open data is now firmly part of the G20 plan. The 2015-2016 G20 Anti-Corruption Action Plan was the first to explore whether and how releasing information in open data format could be useful in tackling corruption. G20 Open Data Principles were adopted last year and now there is a suggestion they will scale this approach up so as help promote greater transparency in the public sector. Watch this space.

In addition, G20 leaders have now for the first time pledged to increase transparency in public contracting. This is on the back of the Anti-Corruption Summit in May where 14 countries pledged to make public contracting “open by default”. It also follows the emergence of a new group of open contracting “champions”, the so-called “C5” which includes G20 countries Mexico, France and the UK alongside the Ukraine and Colombia. Finally, the Open Government Partnership gets a first ever nod in a G20 document with the G20 promising increased cooperation and dialogue.

3. Will the G20 fall behind the curve on secret company ownership?

Transparency over who owns and controls companies and other legal entities is crucial to make it harder for the corrupt to conceal their identity and misuse obscure legal structures to win public contracts, purchase real estate or launder stolen cash.

Although the G20 has long identified beneficial ownership transparency as a priority within previous Action Plans, adopting High-Level Principles on Beneficial Ownership Transparency and more recently issuing strong collective statements at the Anti-Corruption Summit, they risk falling behind the global curve. It’s positive that beneficial ownership remains a priority and we can only look forward to seeing the detail in the implementation plan on what that actually means.

Six years on from the first ever G20 Anti-Corruption Action Plan adopted in Seoul in 2010, G20 members France, South Africa, Indonesia and Australia are all considering or committed to establishing public beneficial ownership registers, joining the UK. This is a great step – but what about the other G20 countries?

Kenya, Afghanistan and Nigeria each committed to establish public registers at the London Anti-Corruption Summit in May. They are all ahead of most G20 members in their ambition to tackle secret company ownership.The banking sector, private sector leaders, senior government officials, academics and civil society actors have all called for this information to be in public domain so it’s a shame ambition is lacking from some of the world’s largest economies.

When the G20 signs up to something, the value is in the fact that it has comes from a group that is diverse and rarely sees eye to eye. But too often when they are not in the room together they renege on their promises. In 2009, G20 Leaders’ called for G20 members to adopt anti-corruption laws “such as the OECD Anti-Bribery Convention and…the UN Convention against Corruption”. Seven years on Indonesia, Saudi Arabia, India and China have not yet ratified the OECD convention and Japan remains the lone non-ratifying standout on the UN Convention against Corruption.

The G20’s exclusive nature should make it a useful forum to make collective progress by encouraging those who might otherwise lag behind global standards to get in line. But peer pressure from G20 leaders alone won’t guarantee global action against corruption. That’s why it’s so important that civil society continues to keep the pressure up to ensure the commitments made at the summit are implemented when the leaders arrive home.

Next stop: a thorough critique of the G20 implementation plan when it is released in October.