The right to be heard and participatory video-making

Annette Jaitner, Senior Programme Coordinator in our Africa and the Middle East Department, writes about an alternative approach some of our African chapters are using to engage people in anti-corruption work

Our African chapters in Ghana, Liberia, Mozambique, Sierra Leone, Uganda, and Zambia are supporting poor communities to make their films that highlight the problems they face.

I first encountered Participatory Video at a training session in 2009 and immediately saw the potential it holds for our work in Africa, engaging poor people in dialogue with their governments and public service providers, demanding for responsiveness to their concerns.

“There exists a culture of silence especially with the poor and marginalized. This needs to be overcome in order to change social and economical circumstances of the poor” says Carlos Muhla from the Human Rights League (Liga dos Direitos Humanos) in Gaza Province, Mozambique, a partner of our chapter, the Centre for Public Integrity (CIP).

Making a video is an easy and accessible way to explore issues, voice concerns for intervention from those concerned or simply to be creative and tell stories. 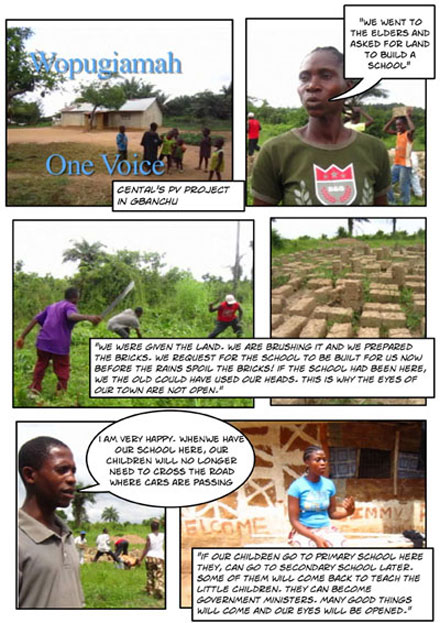 The Centre for Transparency and Accountability in Liberia (CENTAL), the TI National Chapter in Liberia, worked with PV in Gbanchu Community. The community made their own film to advocate for the building of a school in their village. The people of Gbanchu showed their PV to the local education official who admitted he had been unaware of their marginalisation and made a commitment to support the school construction. 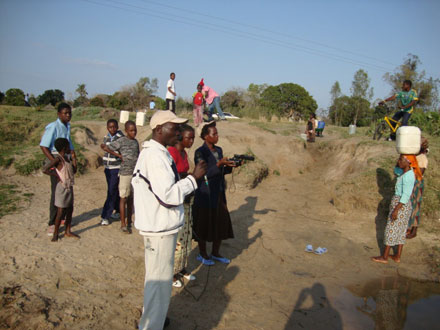 The community anti-corruption activists in Hokwe, Gaza Province, Mozambique, used PV to film their concerns about the availability of potable water in their community. After presenting the film to the relevant authority, several water points in the village were rehabilitated. 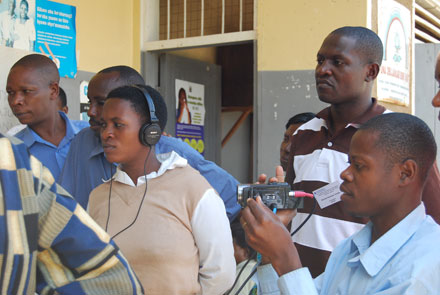 Local Water and Sanitation Committees in Ga East, Ghana, together with community members and facilitators from the Ghana Integrity Initiative (GII), the TI National Chapter in Ghana, produced a film to advocate for more transparency and accountability and improved services in the water sector.

We recently held a meeting where the six chapters reviewed the impact of making these videos. PV allowed them to build close relationships with communities. Members of those communities have learned to use video as a medium amplify their voices.

Personally, I believe that participation is all about building relationships and trust – and that requires time and commitment. Participatory work is not about quick results, it is about the process of empowerment.

Participatory video is a means of supporting this process of empowerment, starting from communities analyzing their situation, discussing alternatives and finding solutions, to actually taking active steps and monitoring them. The films they make can be used documentation to call on governments for change.