The politics of corruption in India: public goods for private gain

India continues to reel from corruption scams.  First it was telecom licenses that grabbed the headlines, now it is the sale of coal highlighting the corruption at the heart of the Indian government, politics and business.

In 2008, the former Telecommunications Minister of the Indian government began to issue cut-rate licenses to mobile telephony companies on a controversial first come first serve basis. This was arbitrary and unconstitutional and deprived many telecom operators from applying for licenses. 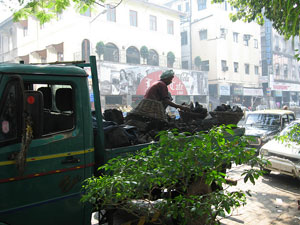 The sales resulted in an estimated US$40 billion loss to the Indian government – based on the real market value of the licenses — leading to the Supreme Court of India deciding in February to cancel all 122 licenses granted to the eight telecom operators. How many schools would that much money buy clean water facilities for?

And then came coal: this also involved selling public goods at discounted rates. This time the government off-loaded coal fields to private parties at a massive US$210 billion loss to the Indian treasury.

According to the Times of India, the Comptroller and Auditor General of India (CAG) is drafting a report which says that the government has extended “undue benefits” to commercial entities by giving them 155 coal acreages without auction between 2004 and 2009.

The alleged beneficiaries include some 100 private companies, as well as some public sector units, in industries such as power, steel and cement. In its draft report, the auditor says that the coal offered to firms was severely under-valued and an auction of the coal-blocks would have helped ensure that the benefit of the low cost of coal production is passed on to the public. The loss incurred is six times bigger than the telecom scam.

If the process of selling off both the telecom licenses and the coalfields had been transparent this would not have happened. Even as the telecom scandal unfolded, the Supreme Court specified the need to introduce public auctioning as the method of selling people’s resources to private parties.

Auctions alone are not enough to close the avenues for corruption in public contracting. While the notion is attractive, they won’t work unless they are conducted using the principles of equity, transparency and accountability.

The scandals are clearly hurting the prospects for foreign investment in India at a time when economic growth is slowing. For example some of the companies who lost their telecom licenses in the Supreme Court decision are now threatening to both leave India and advise other potential investors not to invest in the country.

For coal the damage is greater. India has the world’s fourth-largest coal reserves but many power plants are sitting idle for lack of fuel because the industry is badly run. Not surprising the power cuts that are a scourge of business and daily life continue.

Managing the Doctrine of Public Trust

What’s at stake here is public trust in the stewardship of shared resources. For everyone, including future generations, the government must be seen to act in a transparent, accountable and ethical way. These high profile scandals prove that too many politicians focus on their narrow economic agendas above all else.

But last year’s protests throughout India are an indication of the collective frustration over the lethargic bureaucracy which fails to address people’s concerns over corruption. Why can’t the government develop safeguards against abuses of public property by politicians?

Of course India is not alone in this. There are examples across the world where public resources do not benefit the people, but politicians in India should take note and change their ways. It is vital that a culture of transparency, accountability and integrity is created and implemented on all levels to ensure that the government in power follows the ethical standards that are expected by it and works fully in the interest of its people.