Europe’s thirst for energy remains high as regulations in the Eurozone tighten and the focus on energy efficiency grows. At the same time, an energy infrastructure that allows EU countries to quickly shift power to where it is most needed when shortages occur still needs to be built. With this in mind, the drive to build new power plants and facilities to carry power across borders is in full force. 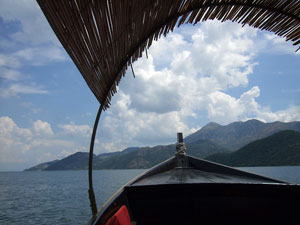 To monitor these developments and push for greater integrity in energy projects in southeast Europe, Transparency International recently teamed up with World Wildlife Fund to promote good governance and anti-corruption as well as speak about environmental issues, including the impacts of energy projects on the environment.

Both organisations aim to enhance their respective capacities to adequately respond to questionable or outright dangerous energy construction projects in the region, and to discourage Western European energy companies from undertaking unethical and destructive projects through possibly corrupt means.

Some samples of such effective coalition work can already be seen; for example in the case of a series of four planned hydropower plants on the Morača river in Montenegro.

This plan would have seriously jeopardized the ecology of Montenegro, reducing the main income from fishing for surrounding communities by over 30 percent and potentially even causing the country’s most important lake, Skadar Lake, to dry up. NGO’s including Green Home, Forum 2010, WWF and MANS (a partner with Transparency International in Montenegro) teamed up and warned the public about the dangers involved and after many attempts to get the government to revisit their decision to build the plants, pushed for a judicial review of the tender.

The negative publicity created by the NGO coalition came to a head in September 2011 when the tender did not receive a single bid and thus could not go forward.

Some of the development banks, which finance many energy projects, are paying more attention to allegations of corruption as well. After NGOs Focus, Greenpeace and CEE Bankwatch raised corruption allegations around the Sostanj Thermal Power Plant to be built in Slovenia, the EBRD suspended disbursements on the project while carrying out an investigation into the accusations.

Overall these are promising developments from an environmental perspective and for those working to fight corruption in such high-impact projects. When energy projects are planned, not only economical, but also environmental and social dimensions of the project have to justify their existence. Transparency International and WWF will work together with local NGOs in southeast Europe to push for greater integrity when planning and building energy projects.