How does a British experience of corruption, and the fight against it, differ to that of 36 other countries? Coming from a fairly standard middle class British household, corruption never had direct consequences on how I lived my life. I went to school, had family holidays abroad, fought with my sisters, travelled and completed university. 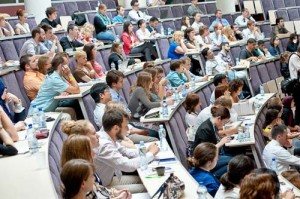 Session at the Transparency International summer school in Lithuania

So when I was told I could attend the Transparency International Summer School on Integrity, I thought I knew roughly what it would entail: interesting lectures, discussions and seminars on fighting corruption.

I was not wrong, but what I didn’t expect were the stories and resilience of the students that I met.

Now I’ve read a lot about corruption in articles, books and papers. But I was shaken to hear first-hand from another student how her university professor literally gave her a price list for her exam results. She told me that she was failed no matter how good her work was – because she refused to bribe them and pay for her grade.

Another student told me that if she had not bribed the official, she wouldn’t have been able to have her passport in time to attend this summer school.

I was not surprised by hearing that corruption stops people getting an education, because I’ve read about this before. What stunned me was hearing about it from a student sitting next to me.

Throughout the week I listened to stories of army officers making their cadets do their home gardening, of having to bribe the police after being stopped for no apparent reason, never getting a job due to the nepotistic nature of city businesses…

This year there were 90 participants from 36 different countries around the world ranging from Yemen to Vietnam to Belarus, and everyone who was there came because they are interested in corruption. 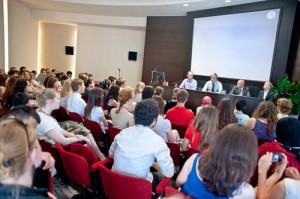 A Q&A session with the Justice Minister

This week got me thinking and talking to my peers about my own country and its different type of corruption. About the reports of the British financial sector spending £93 million on lobbying politicians to secure policies that are beneficial for them. About the Barclays Bank manipulation of the London Interbank Offered Rate and the News International special relationship and phone hacking with the UK government.

Corruption happens in the UK, but does the fact that it does not happen in daily life make us less prepared to fight it?

The Summer School in Lithuania was very focussed on what can be done about corruption, but what can we do in the UK? 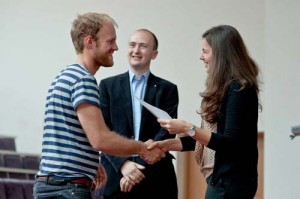 I told the other students how Transparency International UK’s work helped lead to the UK Bribery Act. Their publications on sport  and politics have a real impact. Their public lectures, consultancies and general outreach are driving the issue of corruption in Britain to the top of the agenda.

The other students in turn told me about the growing agitation in their countries leading to small groups of people standing up to corrupt authorities, the use of Transparency International’s Advocacy and Legal Advice Centres to understand their rights when confronted with a case of corruption, and perhaps most importantly, their collaboration with likeminded people and NGOs to create a stronger network to fight corruption as a community.

So it seems to me like the answer to my question is simple, people’s experience of corruption moulds the way the fight it, but in essence, we’re all fighting the same thing.